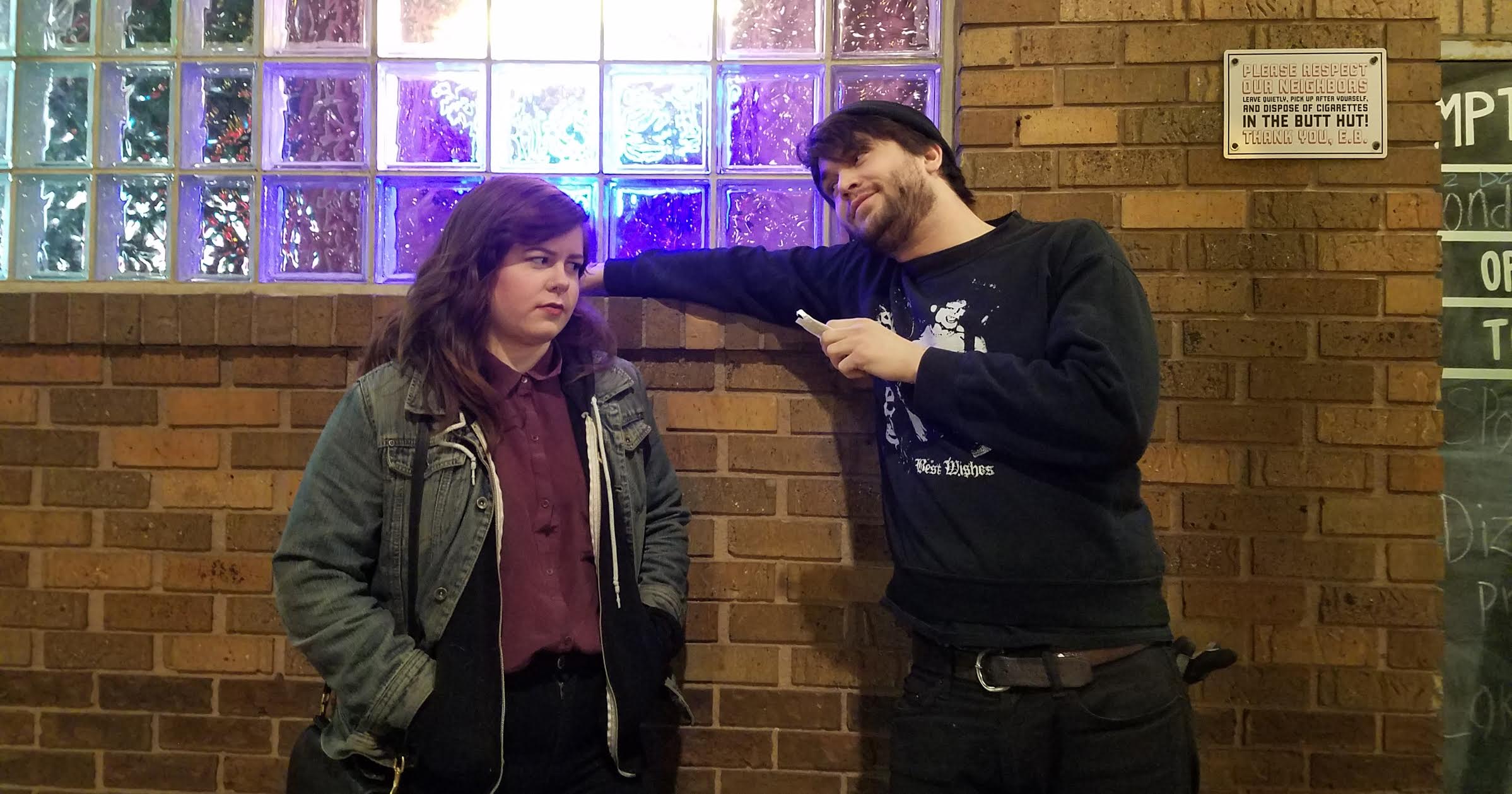 SCRANTON, Pa. — Frontman Devin Lewis reportedly surprised his new girlfriend during a Valentine’s Day performance by gifting her one of the two drink tickets he was comped for playing the show, witnesses, requesting anonymity so as to “not get in the middle of it,” confirmed.

“I figured I could kill two birds with one stone by bringing Jenny [Holm] out on a date and playing the show,” Lewis, frontman of Crabbed, a local punk trio, said. “I saved her $8 by adding her to the guest list, and then when I gave her that drink ticket … well, the look on her face was fucking priceless.”

Witnesses reported an “uneasy feeling in the air” as soon as the drink ticket was presented.

“Yeah, he sort of made a big deal about it. Like, he gathered people around after his band’s set and had this whole presentation,” said bartender Manny Hernandez. “He said, ‘Jenny, we’ve been together for three months, and I want you to have this.’ Then he pulled out two sweaty drink tickets, ripped one off for himself, and gave her the other one.”

Despite the value of the ticket — good for any drink on the menu other than cocktails, or $2 off any appetizer — the gift was not met with enthusiasm. “I think she thought he was joking. Based on the way she yelled, ‘Are you fucking joking?’ before she stormed out,” Hernandez added.

Lewis, though taken aback, remained confident the drink ticket gift was a romantic gesture Holm will remember for years to come.

“When I gave it to her, she could hardly believe it. She was so overcome with emotion. She probably went outside because she didn’t want everyone to see her cry,” said Lewis, who has not been able to locate Holm for over an hour. “I bet she’s bragging about me to her mom or something right now.”

Holm later confirmed she was not impressed by the Valentine’s Day surprise.

“When he was on stage, he shouted out every member of the band — the bartender, the sound guy, the dude playing video poker who was there before the show started — fucking everyone but his girlfriend,” said Holm. “I drove him to the show, and I was the only person standing up front. He had to have seen me. This is worse than the signed demo my ex gave me for my birthday last year.”