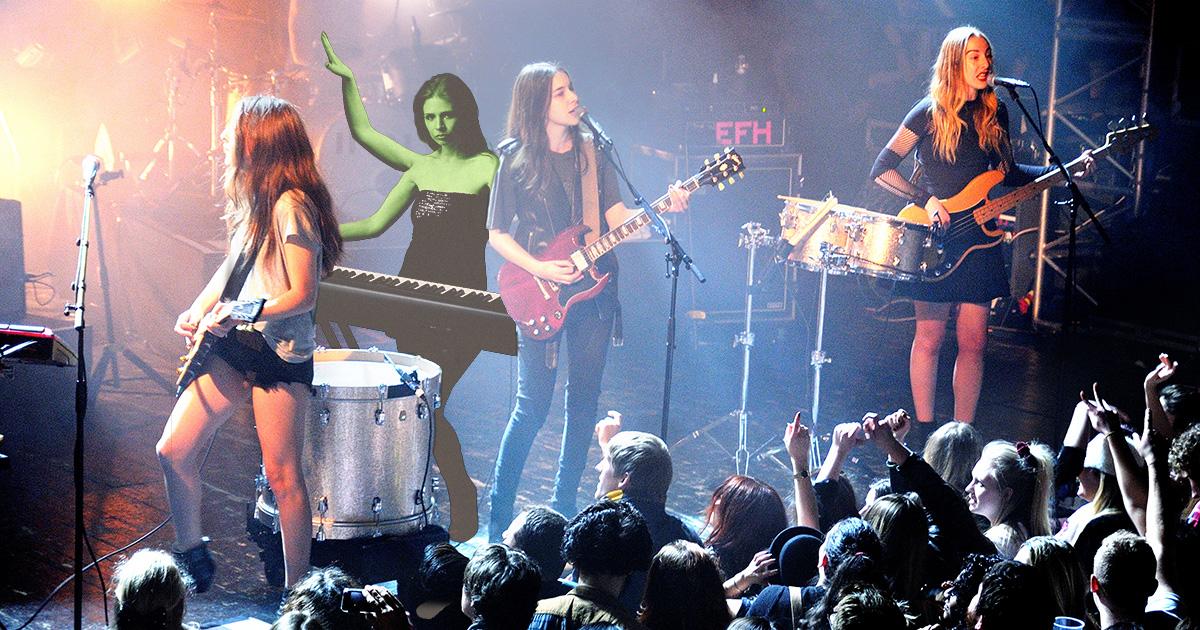 “Naturally, we were astonished there even was a fourth HAIM sister,” said Matías Barrasco, the program coordinator for the United Nations-sponsored Chernobyl Recovery and Development Programme. “We’re all really big fans of the ‘Days Are Gone’ album, so we couldn’t believe not one of us knew there was another sibling — much less one who could withstand the nuclear fallout of an RBMK reactor core explosion.”

Found sister Lyudmila Haim is being monitored under radioactive quarantine at Slavutych Medical Centre in the Chernihiv Oblast of northern Ukraine.

“Lyudmila will not say where she learned to speak, or who feeds her or clothes her,” said head nurse Yelyzaveta Kolisnyk through loud, racking sobs as she made the sign of the cross with a prayer rope. “She only says that she wants to be with her sisters, and then her eyes go black while she emits a blue stream of ionized radiation from her mouth. How many HAIM’s are there, anyway?”

When reached for comment, the HAIM sisters corroborated reports attesting to the existence of a fourth sibling.

“Oh, yeah… I do kind of remember that. I always wondered what happened to her,” said bassist and vocalist Este Haim. “Anyways, she needs to be able to play an instrument if she wants to be in the band. Grandma already put dibs on trombone, so she better figure something out if she wants to come on tour.”

“She also definitely needs to get her radiation under 3.5 millisievert if she wants a space in the queen-sized bed we all share at night,” added lead vocalist and guitarist Danielle Haim.

At press time, The International Atomic Energy Agency was investigating reports of a potential third Winklevoss at the Fukushima Daiichi Nuclear Power Plant in Ōkuma, Japan.