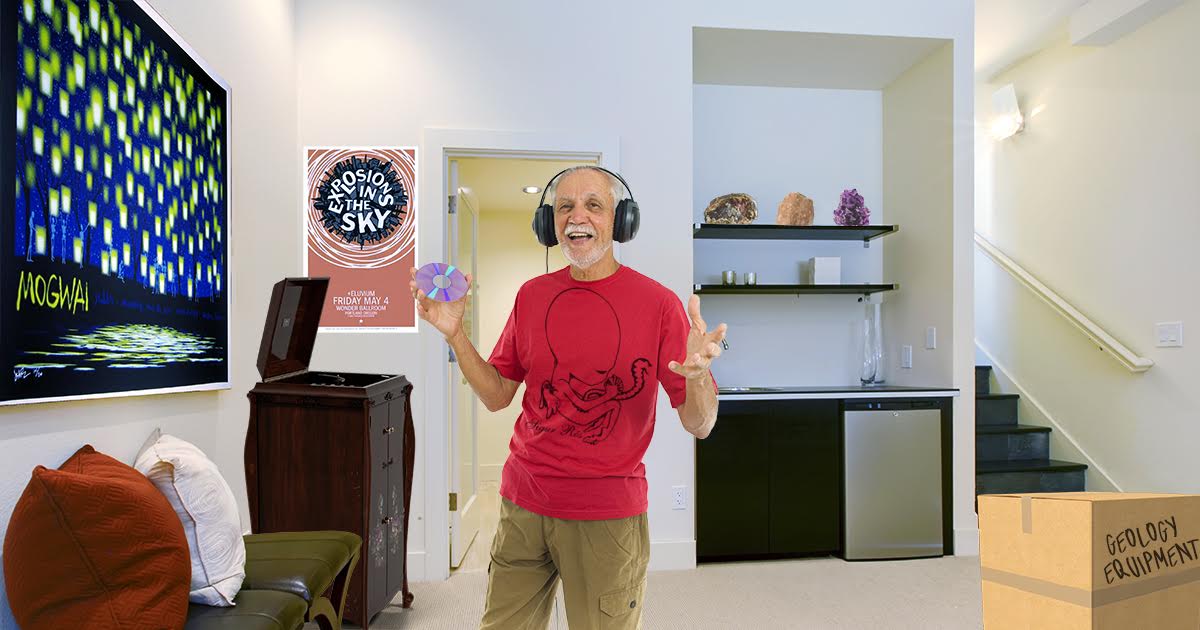 TULSA, Okla. – Retired geologist Lloyd Manning has finally packed up his hardcore records and entered his post-rock phase, according to those close to the 65-year-old.

“It’s just the natural order of things,” Manning said. “Over time, rough seas collide violently with stagnant rocks, and once the waves have settled, a smoother, softer surface forms. In my personal life, those waves represent all the poseurs heads I smashed against… well, probably rocks. Who’s to say? Now, I’m in a much calmer place in my life. I want my music to reflect that.”

“Dude, that guy’s such a wuss now,” said Doyle Armstrong, founder of the Geological Institute of Greater Tulsa and Manning’s postdoctoral mentor in core sampling. “He went soft, bro. I’m telling you. He says people change after they retire, but not me, man. I’ll be spin-kicking and stage diving until I am well below the topsoil.”

The gradual transition from hardcore to post-rock has been well documented over several decade-long cycles, in each of which layers compress to form veritable walls of rock.

“Our 1985-95 study was groundbreaking,” said Vicky Vasquez, researcher and former punk, now metalhead. “The pure vitriol seeping out of hardcore in the ’80s gave way to the softer, more dynamic sounds of post-rock. And, as everyone knows, our 2005-15 study showed similar data until it skewed when Explosions In The Sky got famous for, like, three months. Friday Night Lights did those guys a big favor.”

Manning asserts his personal change in taste may be rooted in his newfound passion for botany.

“I used to like how passionate hardcore bands got about even small things. I loved how they made mountains out of molehills, “ Manning said. “But now that I’m retired, I like how post-rock bands are so… well. I guess for lack of a better term, ‘flowery.’”