Fleet Foxes Drummer Gnaws Off Own Arm to Escape Band 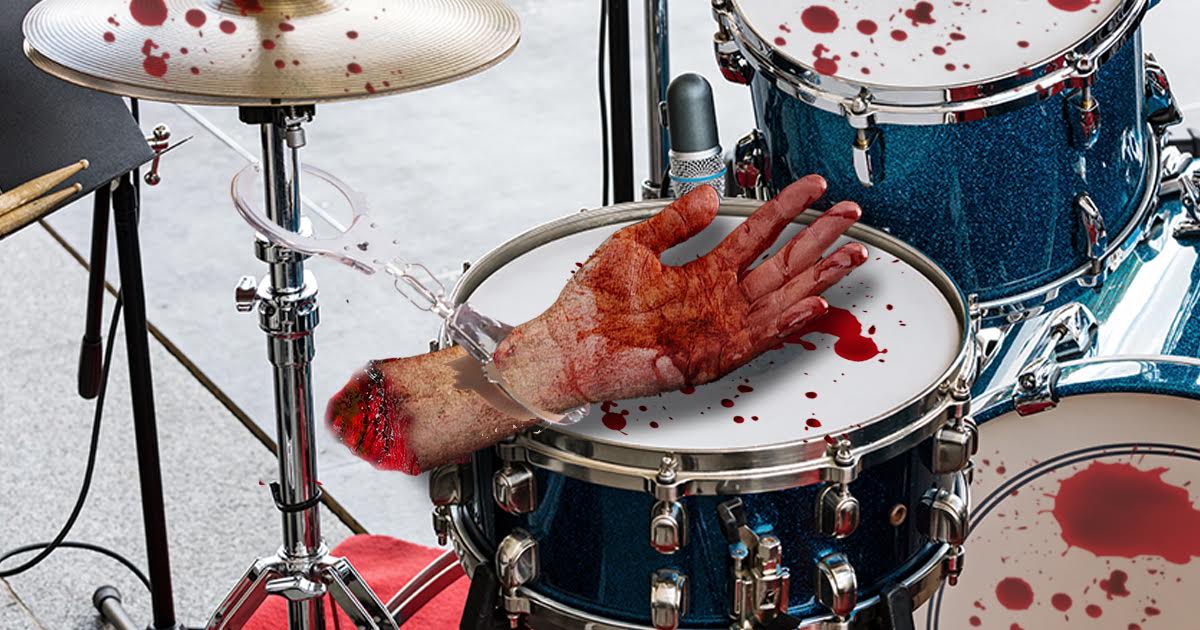 OMAHA, Neb. — Graham Carson, drummer for indie outfit Fleet Foxes, chewed through the muscle and bone just above his elbow last week when he found himself trapped within the confines of the musical group, according to multiple terrified witnesses.

“One second, I was banging on paint cans for change on the street without a care in the world,” Carson said from the ICU of Health Lakeside Hospital. “Then, I heard these siren-like harmonies and blacked out. The next thing I know, I’m chained to a drum kit in Omaha. Once they started strumming the mandolin, I freaked out.”

In front of a horrified crowd at the Waiting Room Lounge, Carson allegedly ripped into the flesh of his arm in an effort to flee his captors. Fort William Artist Management, Fleet Foxes’ representation, has categorically denied Carson was forced to replace ex-drummer Josh Tillman to promote the band’s new album.

“At no time was [Carson] held against his will,” FWAM said in a statement released to the press. “If he just let go of the drum stick, his arm would have been free. We recruit all our touring and studio musicians humanely, and would never put them in danger.”

Despite losing more than half of his arm, Carson still believes he made the best decision.

“I feared being forced to gently brush a snare drum behind rustic folk harmonies and pedantic pseudo-intellectual lyricism for the rest of my life. I was willing to gnaw off an arm to save myself,” Carson said. “Once they started talking about Japanese mountain ranges and fuckin’ water nymphs, I just went primal. I knew I was going to lose all of me if I didn’t lose part of me. To be honest, hearing him sing in Old English hurt more than the arm thing. If I wanted that, I would’ve stayed in The Decemberists.”

The incident came only days after Fleet Foxes frontman Robin Pecknold was arrested for breaking into, and devouring the residents of, a local chicken coop.