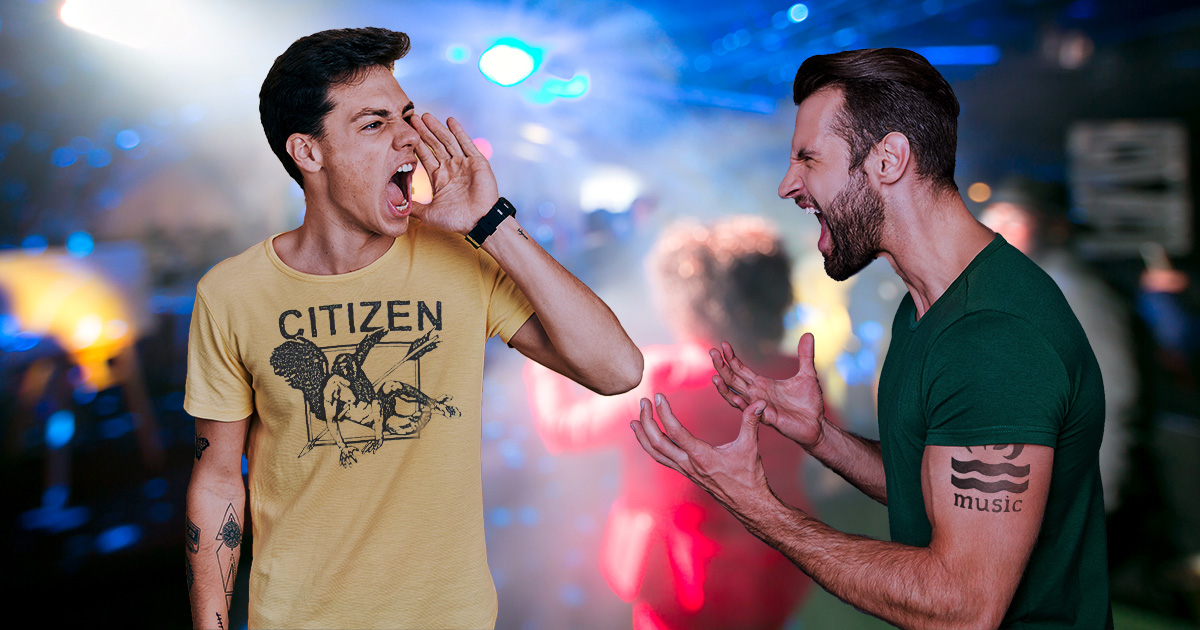 BOSTON — Millennial and GenZ show-goers broke out into a fight after a disagreement on whether local punk band Alone Vera ripped or slapped during last night’s performance, nearby audience members reported.

“So it all started when this toddler wearing a fugly cardigan standing next to me said to his homie that Alone Vera slaps. Excuuuuuse me? They don’t slap, they fucking rip broski,” said local accountant Joshua Robbins, age 33 while browsing Urban Dictionary. “He got all fricken cray cray and told me to ‘take several seats sweetie,’ whatever that means. But I don’t give any fucks so I said to him that he’s being lamesauce and that’s when the shit, like, really hit the fan. This guy picked the wrong dude to throw down with, because I’m always ready to get crunk.”

“No cap, I was about to throw hands. He said this band ripped? Is that a reference from one of those old ass cable shows like ‘Lost’ that my parents think is cool? As a huge stan of Alone Vera, I just couldn’t let the CEO of dumb takes drag them like that,” said an oblivious Benson. “I told him everything they played so far was a bop and then he told me to ‘get bent.’ I was getting some pretty scrawny vibes from the dude so I handed him the L, and that’s on periodt. I went full send.”

Dr. Sofia Aragosta, a linguistics professor at MIT, has extensively studied the generational differences in slang.

“This incident between two grown men fighting over a simple misunderstanding in language use is sadly much more common than you would initially believe, ” said a frustrated Dr. Aragosta. “They used the verbs ‘ripped’ and ‘slapped’ to indicate their enjoyment of the band, when most people with good taste in music would have said they blow or they’re mid.”

“But I mean, let’s be honest here. Both of these white dudes are just appropriating AAVE and stealing words from young Black people and rebranding it as ‘Internet culture’ so no one calls them out on it,” concluded Dr. Aragosta.

At press time, the millennial and GenZ audience members teamed up together to beat the shit out of the one GenXer who described the performance as “totally tubular man.”