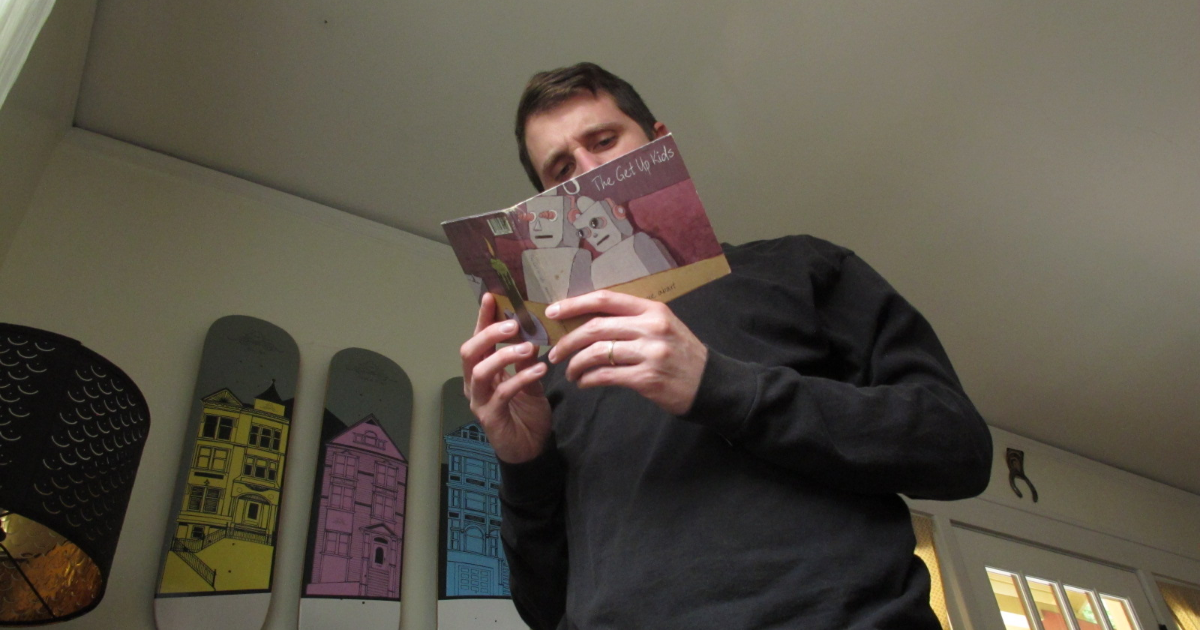 PORTLAND, Ore. — Local Get Up Kids fan Will Landis referred last week to the band’s 1999 release Something to Write Home About as their “new one,” according to worried friends.

“It’s really a shame they didn’t release anything after Something to Write Home About other than that collection of B-sides, but I don’t really count that as a proper release,” said Landis, completely unaware of the Get Up Kids three full-length studio albums released since 1999. “They really hit their stride when they added James Dewees on keyboard. I would’ve loved to see how they progressed.”

Friends of Landis say that, despite the fact that he purchased, and still owns, the Get Up Kids’ 2002 release On a Wire, he still somehow believes Something to Write Home About is the band’s latest offering.

“He can sing every word to ‘Campfire Kansas’ without issue, but doesn’t acknowledge that the band recorded anything after the turn of the century,” said longtime friend Matt McDonald. “It’s kind of scary he has a blind spot like this… but it would explain why he thinks it is my 16th birthday every year. Something is messed up in the timeline of his brain.”

“Mr. Landis is not the only person who suffers from this condition — find a metalhead in his 40s, and he will tell you ...And Justice for All is the latest Metallica album,” said music psychologist Henry Rivers. “The people who fall into this category often try to completely disregard the aging process by skateboarding or riding their BMX bikes well into adulthood. Commonly, they’ll also still try to be active at shows, despite the pain they suffer the day after.”

Landis, however, refuted claims that he is stuck in the past, citing multiple examples of new music he enjoys.

“I mean, just look at my CD collection: I have Stay What You Are by Saves the Day, and From Here to Infirmary by Alkaline Trio. I think those were released last year or something,” said Landis of two albums that were both released before the 9/11 terrorist attacks. “So, please don’t give me that nonsense that I’m stuck in the past.”