EPA Rolls Back Restrictions On Where Municipal Waste Can Tour 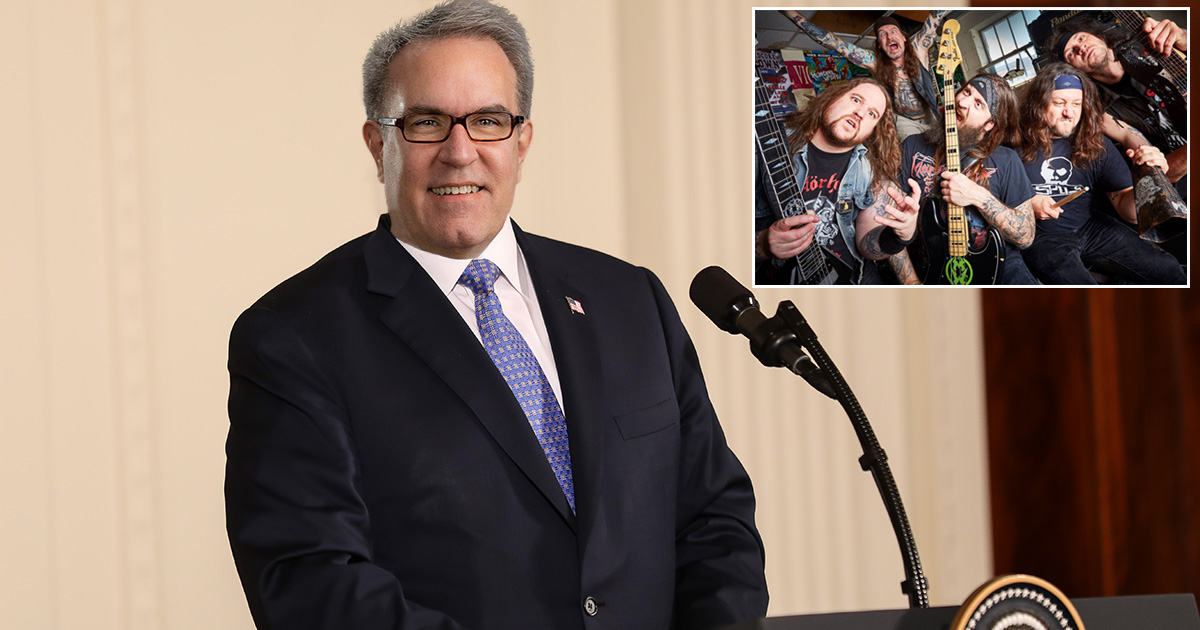 WASHINGTON — The Environmental Protection Agency, in connection with the Trump Administration, announced yesterday that it is rolling back Obama-era restrictions on where Virginia-based thrash metal band Municipal Waste can travel and play their music.

“Frankly, I don’t know who or what a Municipal Waste is,” said EPA acting head Andrew Wheeler at a press conference. “But if Obama restricted it, then we are going to deregulate it — end of story. We should let the free-market decide: if people don’t want to see Municipal Waste in an old daycare center, for example, then they won’t pay for it.”

Municipal Waste appeared to be in good spirits after hearing that the ban was lifted, having been blocked from performing in certain venues across the country — along with the entire state of Vermont.

“To be honest with you, I’m not really into politics,” said lead vocalist Tony Foresta. “But in the early 2000s, we could go anywhere and play anything we wanted. Then, all of a sudden, we’re banned from playing on a trash barge in Lake Pontchartrain, or we need all these permits to play the Yucca Mountain Nuclear Repository. It was pretty rough.”

To get back on the road, Municipal Waste enlisted Evan Townsend of the powerful Washington lobbying firm Townsend, Jones, and Bundrick to work on their behalf.

“Look, I don’t wanna talk outta school,” Townsend said. “But let’s just say a box of Municipal Waste merch will mysteriously find its way to the doorstep of Sen. Orrin Hatch’s metalhead grandson… if you know what I mean.”

“In anticipation of this tour, we have cleared 300 acres of Yellowstone park for no particular reason,” Quinten said. “And the tour bus is pieced together from scrap metal salvaged from Chernobyl — a bus engineered to run more efficiently than ever before. ”

The band also hopes Townsend can reduce the fines for the inexplicable amount of carbon-dioxide they produce — estimated to be on the scale of a small- to medium-sized oil refinery.