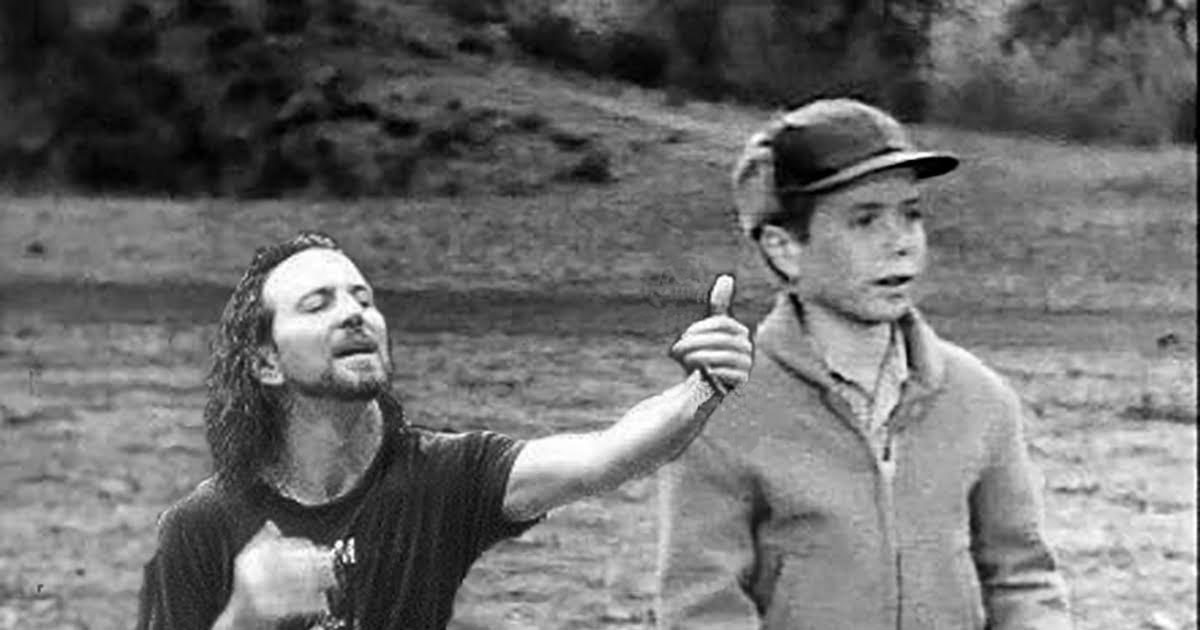 “Boy, oh, boy! Ol’ Eddie Boy sure is worked up somethin’ powerful today,” said Martin, who has yet to decipher a single coherent word out of the aging rocker’s stream of gibberish and frantic hand gestures. “Eddie only gets this excited when someone’s in trouble.”

“The kid kept asking him, ‘What is it, boy?’ again and again,” said town vagrant Clive Wilkers, who tried desperately to help Martin pull meaning from Vedder’s excited grunts and howls. “He tried so hard to get that shaggy haired man to clarify. ‘Did Gramps get bitten by a rattlesnake?’ ‘Dernt call you dotter?’ ‘One two three four five again one, forget, five five, five again, one again?!’ Sakes alive, I still don’t know what the fuss was about.”

Martin reportedly asked his parents to help determine what Vedder was trying to say, but, sadly for Vedder and Brockway, they were also unable to understand the grunge rock legend. “He either wants us to ‘do the evolution,’ or sleep on pillows made of concrete,” sighed Timmy’s father, Jessup Martin. “Either way, he don’t make one lick a’ sense.”

“You ask me, ol’ Eddie’s jus’ goin’ hungry,” said Ruth Martin, boiling grits for the rock veteran seated at her feet. “A nice big bowl of this and some chuck steak, and Eddie will be back to his old self in no time — playing fetch, hunting frogs around the old marsh, fronting Pearl Jam… you’ll see!”

“Usually when they stop in, Eddie recognizes my face and greets me, but today, he’s just so darn frazzled!” she said. “By the time they left, all you could hear was ol’ Eddie shouting, ‘Hoo! Hoo! Hoo! Hoo!’ Drove me bananas!”

“Golly,” said an exasperated Timmy Martin. “I haven’t seen Eddie act this crazy since Jeremy blew his brains out in front of everyone.”

UPDATE: The Martin family has sent for Chris Cornell to communicate with Vedder in his native tongue.

Photo by Kat Chish and Dido.