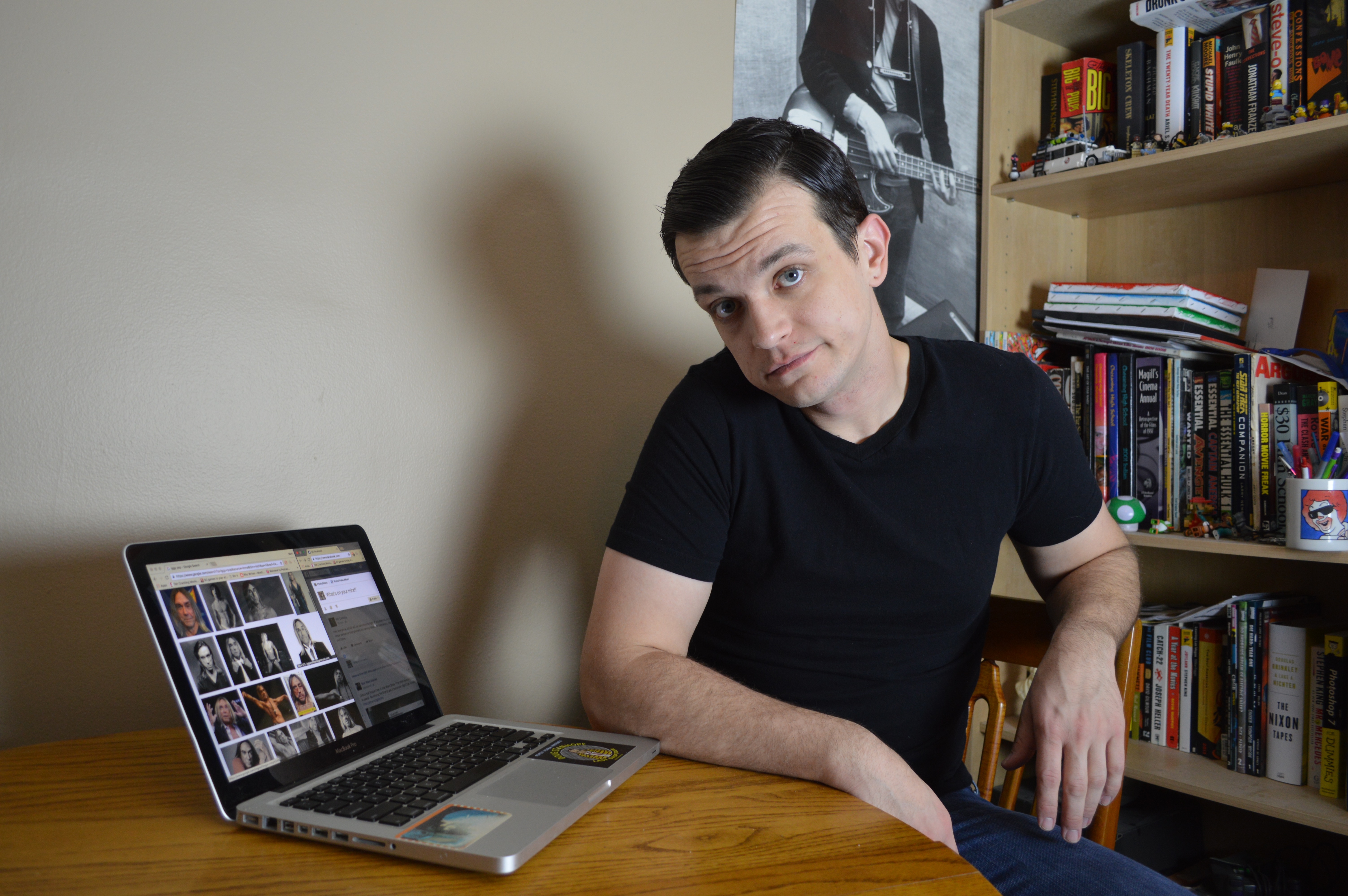 Kroninger was quick to clarify he’s not actually excited by the prospect of losing the punk pioneer.

“Anyone who knows me knows I’ll be devastated when that day comes — probably more devastated than most people, to be honest. After all, I posted a fairly in-depth review of Post Pop Depression, praising it for being unexpectedly vital and experimental,” Kroninger said, referring to his lengthy, unsolicited review of Pop’s latest solo effort. “It’ll be a tragic loss, for sure, but it’ll also be an occasion for great music journalism — a time for us critics to consider his body of work and reflect on how it shaped us.”

Kroninger admitted he will likely tinker with the already “comprehensive” post until the dreaded day arrives.

“I feel like I set a high bar for myself with my tribute to Leonard Cohen,” Kroninger said, referring to a 970-word Facebook post about the late singer/songwriter. “If [Pop] dies within the next year, I might sort of gloss over his collaborations with Bowie. I know that sounds crazy, but I already wrote about those albums extensively when Bowie died, and I assume that post is still fresh in everyone’s mind.”

While he won’t divulge any previews of the planned obituary, Kroninger claimed he’s already taken steps to set himself apart from others who will eulogize the music legend, committing to avoiding the honorific nickname “Godfather of Punk.” “It’ll be as lazy as playing ‘My Way’ on the day Sinatra died,” he contended, also insisting he won’t be talking about Pop’s acting career.

“Everybody knows about that Pete and Pete episode already,” Kroninger said. “I think people might enjoy reading about his published essay on the fall of the Roman Empire instead, or his John Peel lecture. You know, Iggy and I have more in common than you might think.”

For his part, Kroninger has realistic expectations about the reception to his post. “Most people who comment on the post probably won’t speak to the quality of my writing or research; they’ll just write, ‘R.I.P. Iggy,’ or some little blurb about what his music meant to them. It’s like, fine — let’s make this all about you.”