Desperate Pick Clings to Inside of Guitar in Terror 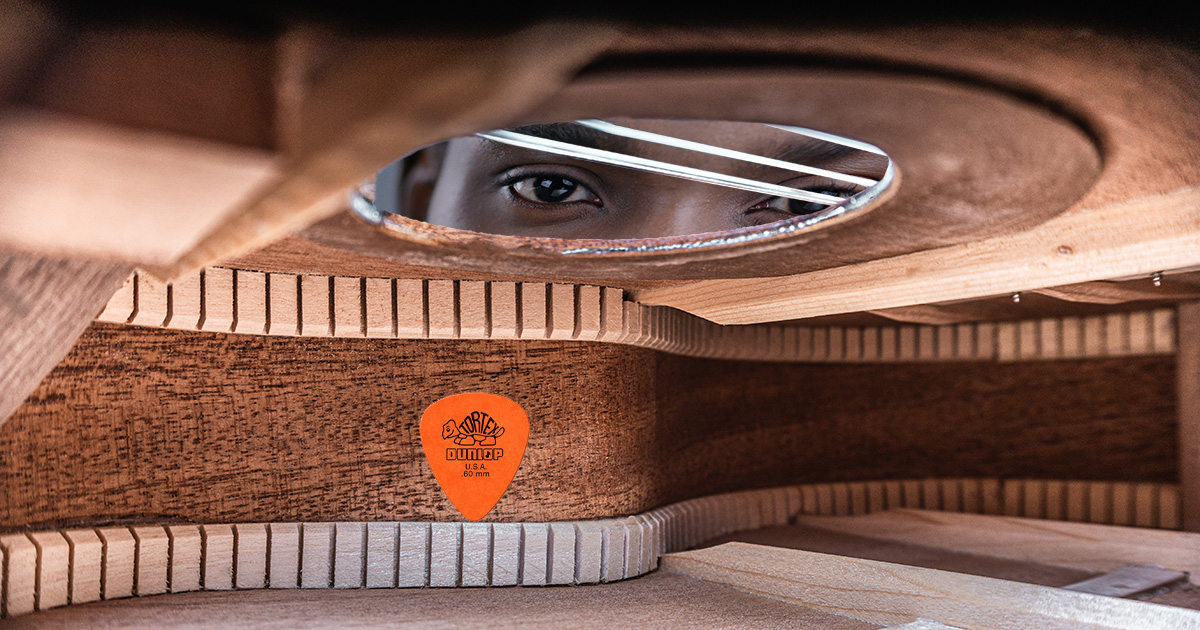 AUSTIN, Texas — A desperate guitar pick is currently clinging to the inside body of an acoustic guitar belonging to beginner musician Vernon Nixon, nearby sources indicated.

“I have never been so terrified in my life. From the moment that man picked me up, I knew I was in trouble,” said the pick, an orange Dunlop nylon variety. “His fingers were so sweaty, and his attempts to play the riff from ‘Sweet Child O’ Mine before he even got a grip on a damn G chord was so, so bad. I don’t want to be used for that. No pick does. I was just lucky that he dropped me in here, but I don’t know how long I can keep this up. I’m just a lightweight gauge, I wasn’t made for this.”

Nixon was unaware of the pick’s fevered, frantic attempts to hide from him.

“It is so fucking annoying when this happens,” Nixon said, peering into the guitar’s soundhole while the pick tried to muffle a scream at the sight of him. “What is there to even get caught on in there? Is there some vortex where picks disappear when you accidentally drop them right as you’re about to get that dee-dee-DEE moment right for the first time? I swear it’s like this thing is doing this on purpose.”

Luis Alvarez, a part-time guitar teacher, had sympathy for the guitar pick.

“In all my experience instructing people in the exquisite art of the guitar, I have learned one thing—guitar picks do not like what we do to them,” Alvarez said with a faraway look in his eyes. “And who can blame them? To handle them so roughly, strike them against dirty steel strings, stick them in our filthy mouths while we flip through tablature… what we do to them is torture, and one day the guitar picks will say ‘no more’ and turn on us. And on that day, we will deserve it.”

As of press time, the pick was hatching a plan to make out of the guitar, through a load of laundry, into the garbage with the lint, and perhaps, one day, to freedom.