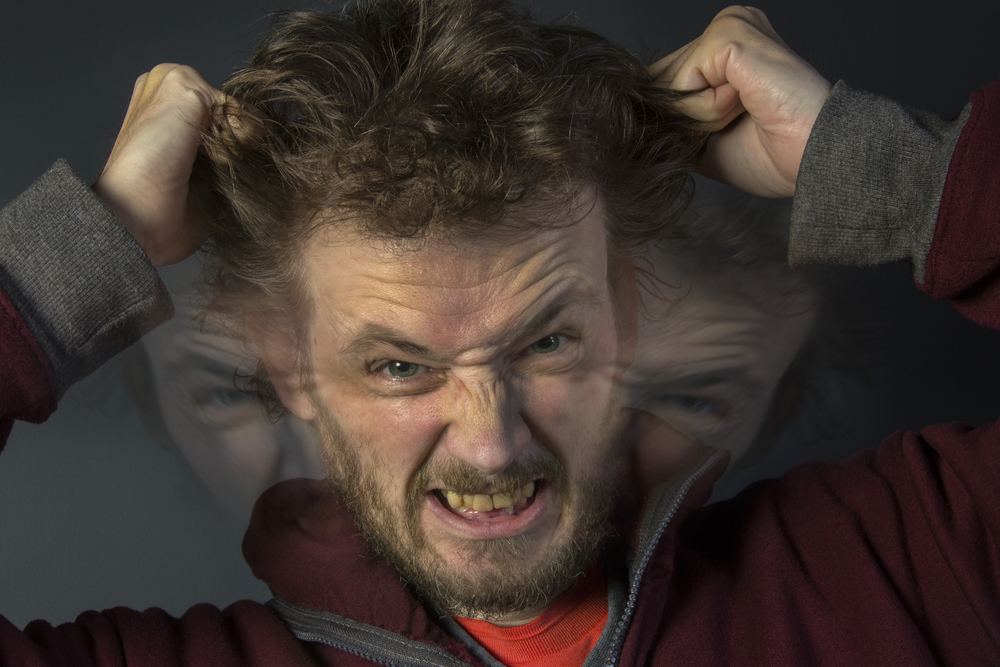 ATLANTA, GA – Witnesses report local deathcore band We, The Bleeding Teeth could only watch in awe as their front man, Lenny Johnson, had what could only be described as a “brutal” mental breakdown last night.

“I could tell something was off the minute he walked into practice,” said third guitarist Davey Teeth, looking up from an anatomy textbook. “Usually his low gutterals are blood-curdling; his mids, soul crushing. But today, his high inhales were bordering on throat-tickling.”

“He started making this noise, sort of like a bile-soaked gurgle, so I thought he was doing the intro to ‘Femoral Vivisectomy’ even though we were right in the middle of ‘Octogenarian Epistaxis,’” said six-string guitarist Louis Dunphy, with disconcertingly little concern for his band mate’s well-being. “But when he started to drool, I could tell we were in for an… what word haven’t I used yet? Onslaught? We were in for an onslaught.”

Johnson’s slow descent into mania built slowly, inspired by an extensive work schedule, increasingly complicated relationship, and a crippling debt, which lead his bandmates on a “pummeling journey of chaotic beauty” before reaching a “crescendo of epic brutality” as he curled up into a ball on the dusty practice space carpet, tightly balling his fists.

“We all just about lost it at that point. It is easily in the top ten most brutal mental breakdowns I’ve ever seen,” said keyboardist Tim Legstrom, as third drummer Geoff Reynolds could be heard saying “Oh, SHIT!” in the background. “It was crushing, but chuggy, but somehow fluid… in that he was surrounded by bodily fluid. It was like it was straight out of the lyrics to our song ‘Surrounded by Fluid.’”

Luckily, Johnson emerged from his breakdown unharmed, though seemingly unable to describe his experience. “Someone hand me a fucking thesaurus. I feel like I just got… hit… by a… really really… super… truck.”