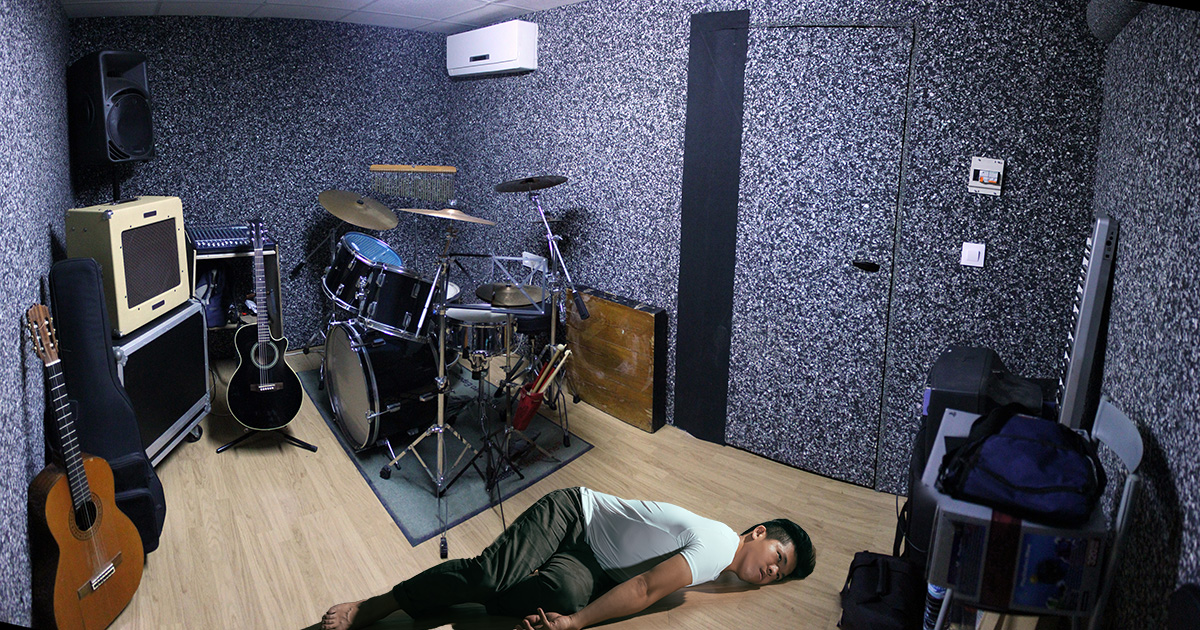 “Yeah, he was pale, sweaty and coughing… but he’s always kinda like that, ya know?” said singer Alex “Lord Borthnagar” Warren, posing on the floor in the rehearsal room next to the body. “I thought it was weird he didn’t come out for a smoke with us, and when we came back, he was spread-eagled on the floor by the kit. Obviously my first thought was, ‘Oh, fuck, did he damage any of my gear?’ But then I thought, ‘Holy shit, we gotta get pics of this ASAP for our new record!’”

Photographers are fighting for the opportunity to come and do the shoot.

“This is the kind of break every band photographer dreams of, man. I’ve spent years taking shots of dead animals for local bands: disemboweled stuff against winter backgrounds, the usual stuff. But when I came in and saw Rob on the floor, I almost cried at how fucking hardcore he looked,” said photographer and friend of the band Leona Nikolai. “I knew Rob, and I don’t wanna presume, but I think dying of a virus and hitting his head on the kit on the way down is how he would’ve wanted to go.”

Not everyone at the shared rehearsal space is happy about the fanfare.

“This is easily the most fucked up thing I’ve ever seen in my entire life, and 911 won’t do shit,” said singer Liz Lovett of indie band Egghead Unthinkable. “First off, they’ve gone way over time — two-hour slot, my ass. Secondly, they’re dragging this body around to pose and getting blood absolutely everywhere. No way am I paying full-price to use that room afterwards.”

Local EMS workers called to the scene couldn’t provide an ambulance, as bassists are considered a “non-essential service.”