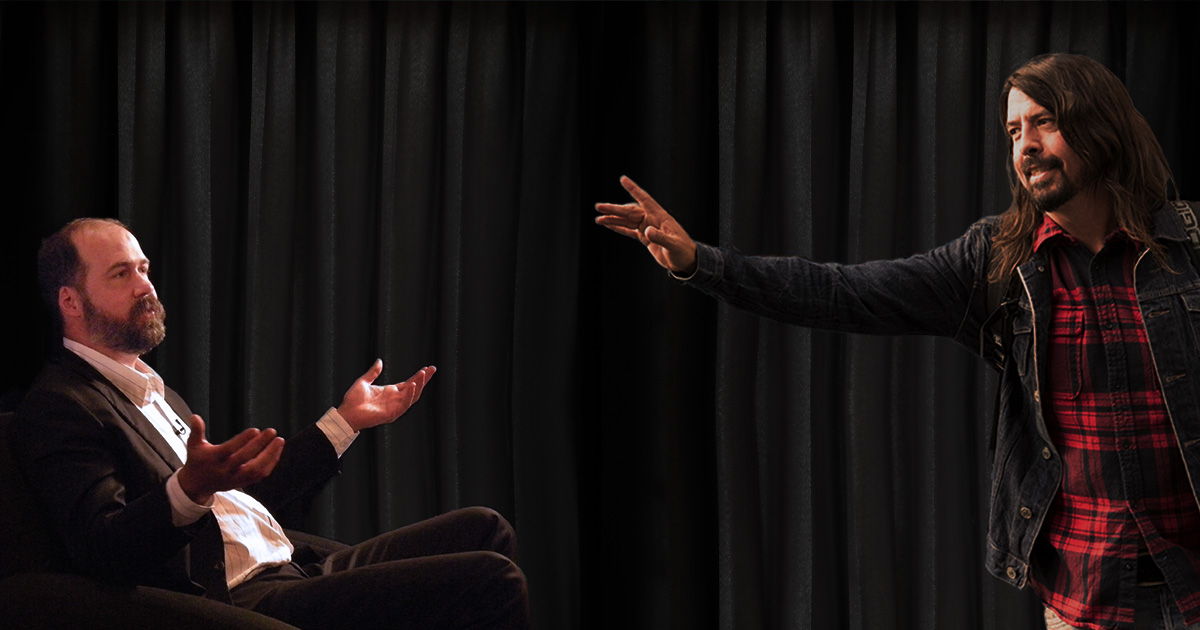 “We’ve actually never stopped,” said Grohl before he started shooting a new documentary about how tropical fish influenced the Texas punk scene. “If there’s one thing that’s always bonded me, Krist [Novoselic] and Pat [Smear], it’s the dedication to arguing about who gets what percent of performing rights, publishing rights, even merchandising rights. I guess some people would leave it to personal reps at our age, but really, this is why we became musicians. Fighting about contractual monetary compensation is just part of who we are. I genuinely think we’re actually doing some of the best fighting we’ve ever done as a band.”

Longtime Nirvana fan Colin Duncan was thrilled to hear that the band still gets into screaming matches over T-shirt sales.

“I’d love to be a fly on the wall as those legends jam out which percentages they are entitled to. When Kurt [Cobain] died, it felt like everything was going to die with him. After all, he had, like, 98% of the publishing rights, which makes it that much cooler that those guys still meet up to squabble over the scraps,” said Duncan. “A lot of bands would just phone it in after a few decades, but I know they’re just as passionate about getting paid for a glorified demo they’re calling an ‘unearthed track’ as anything they’ve ever done.”

“It’s really touching that after all these years, these guys haven’t lost touch with their roots, ” Roscoe said, reviewing a contract to license “In Bloom” for a fertilizer commercial. “They can still get together in an expensive suite at the Chateau Marmont to have terse, legally-counseled negotiations about live album percentages. Heck, sometimes they even let loose and threaten to smash the furniture in a C-suite boardroom, like the rockstars they are.”

“I mean, they don’t, but you can tell they still could, probably,” Roscoe added.

At press time, Courtney Love was three hours late to a scheduled fight about ways to minimize payments to Butch Vig.