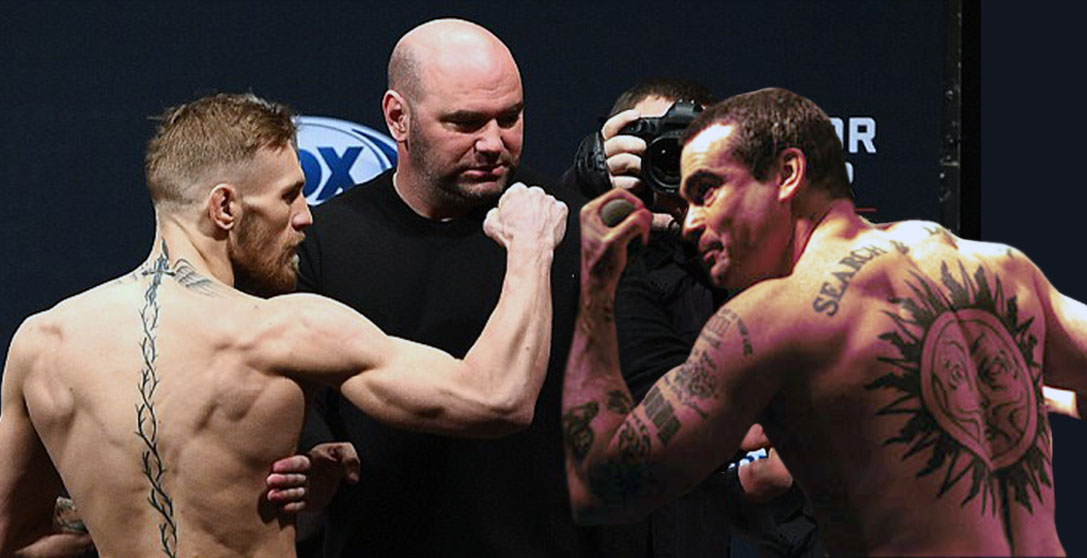 “Old man Rollins? I’d eat him alive. I’ve buried every opponent they put in front of me, I’ll do the same to Hank if that’s what the people want,” said McGregor confidently. “He wants to act tough on stage or in ‘Bad Boys II’ that’s one thing, but you get in that cage with me and it’s a whole different story. I’m too fast, I’m too precise. If we were to meet, I think it would be an easy night of work for me. Rollins is napping on the mat before the end of the first round — I promise you that.”

Rollins, who was world-renowned for his ability to beat up fans during his time as the singer of Black Flag, didn’t outright deny his interest in the fight.

“Conor has had everything handed to him with favorable matchmaking. He wouldn’t have lasted one week in Black Flag. I’ve been to Ireland; I had 250-pound skinheads throwing bottles at me and putting out cigarettes on my legs,” said Rollins. “We had to fight to survive every show. I had to fight to exist. That spoiled rich kid, McGregor wouldn’t last one night in my world.”

Critics of McGregor have accused him of ducking the more accomplished fighter and current Black Flag lead singer Mike Vallely.

“Mike V is a younger, faster, and more and more dynamic version of Rollins,” shouted ESPN analyst Stephen A. Smith. “Even if his current band is just pretending to be Black Flag he has still proven his worth by beating up a number of skinny-fat rollerbladers and drunk jocks. Now I will say this — at least Rollins was in the band when they meant something — but I still think McGregor would turn him into carcass just the same.”

Lead guitarist for Black Flag Greg Ginn has already expressed his intent to sue the UFC if they use the band’s name or logo in any promotional materials for the proposed fight. 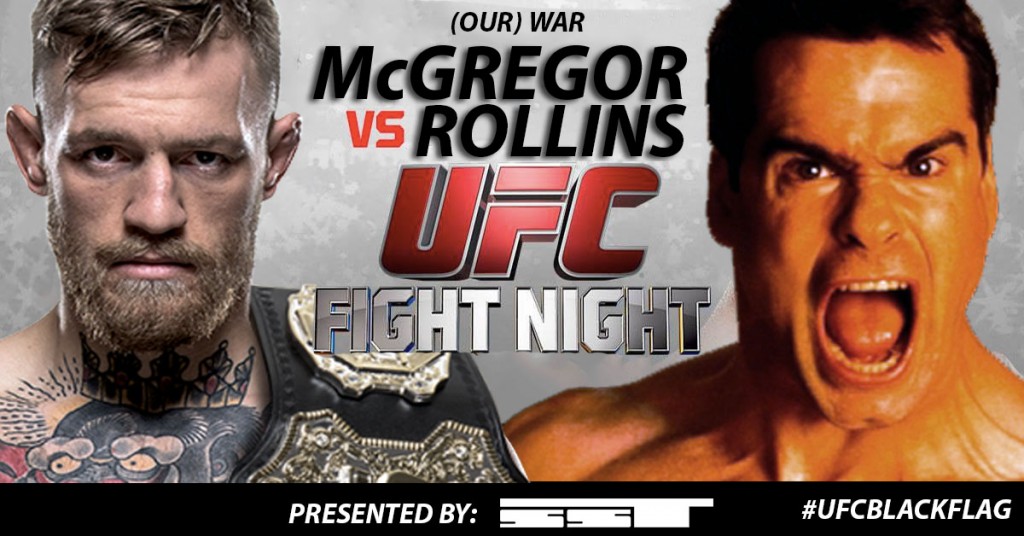