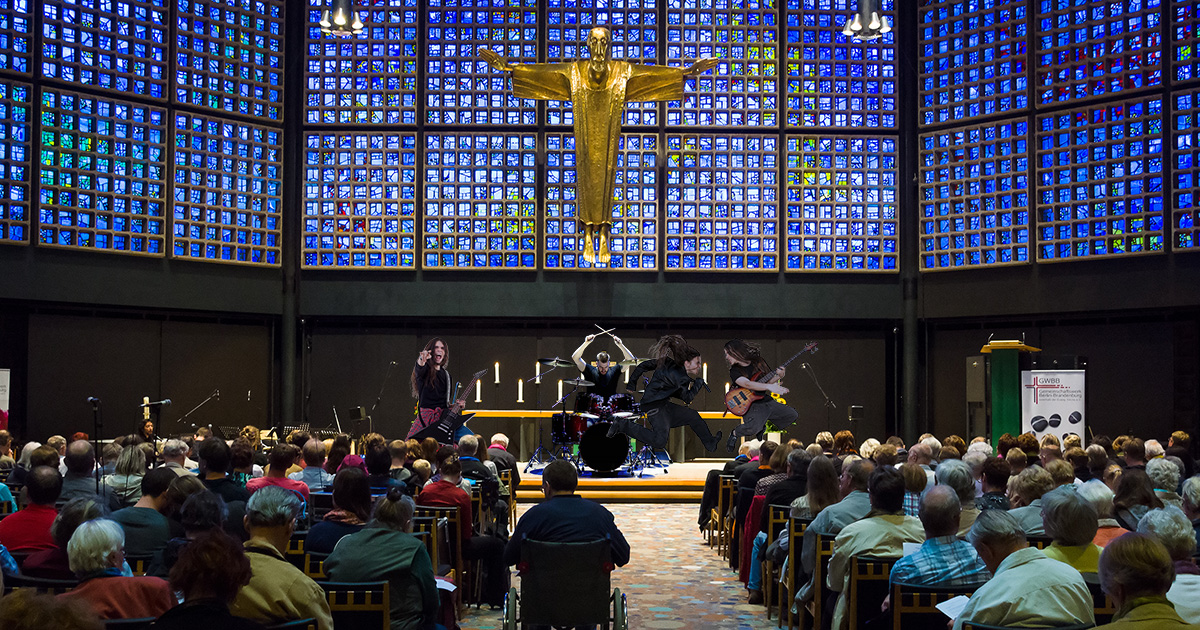 “Well, we clearly didn’t do our due diligence,” Pastor Calvin Fitzgerald said while scrubbing goat blood out of the carpet. “The guitar player was in the church band when he was younger; I just assumed they were a Christian band. I walked in for choir practice on Saturday to find topless women in chains doing unspeakable things with a crucifix. That cross was a gift from the deacon! It will never be clean again.”

The band themselves admitted they were shocked the church agreed to let them film there.

This type of misunderstanding is actually quite common, according to professional location scout Holly Moss.

“Renting out one’s church for films and music videos is a great way to make some extra money on off days,” said Moss. “Unfortunately, many small churches are naive to the film business and don’t realize just how many heavy metal bands, pornographers, and pharmaceutical commercials want to use the space for… lets say, sacrilegious reasons. It’s a rookie mistake.”

Thankfully, the video itself has been well received in the metal community, and is listed as one of the top 100 metal videos of 2020 featuring a Black Mass.