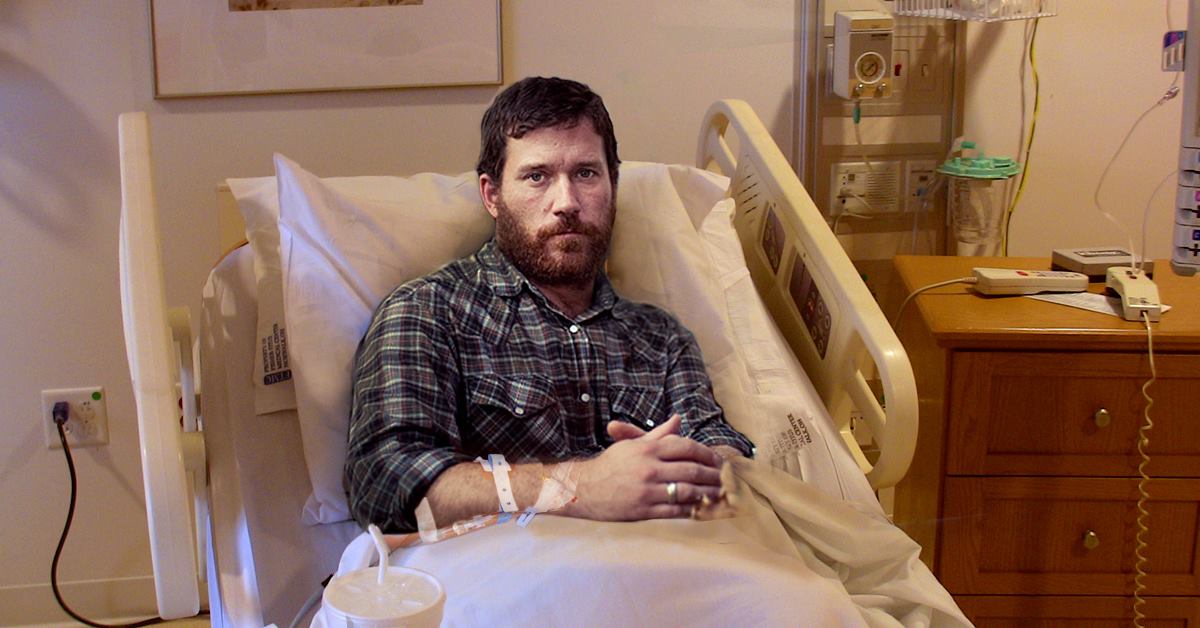 GAINESVILLE, FL – Hot Water Music frontman and Revival Tour founder Chuck Ragan announced today that he would be undergoing a lifesaving flannel transplant this Friday after a weeks-long search for a donor finally yielded a match.

Ragan has been hospitalized since Dec. 15 with Stage Four Flannel Failure. Chief Surgeon Dr. Andre Pembrose describes Ragan’s condition as “possibly the worst I’ve ever seen. About 80 percent of the flannel on his body is damaged, which has led to complications like beard rot and pomade-rejection. If he’d gone even another day without a suitable donor, he may have lost permanent use of both nautical stars.”

“The response from fans has been overwhelming,” said bandmate Chris Wollard. “After exhausting local thrift shops and Army/Navy surplus stores we asked for some help.”

Reportedly, those fans have sent the ailing singer over 2,000 flannel items, ranging from shirts to oven mitts to dog sweaters, all in the hopes of finding a type of flannel that is a match for Ragan.

“For most of us, damaged flannel isn’t a serious problem,” Dr. Pembrose explained. “But Chuck’s DIY ethic and commitment to a folksy, rustic image has made flannel essential for his body’s well being. Now that his flannel is in crisis, we can’t just, you know, go to Sears and buy a new one. That’s what posers do.”

Thankfully, the exhaustive search has ended in a match. “We were finally able to find a donor,” said a relieved Ms. Field. “It took time, but it appears Tim Barry from Avail has flannel that is almost identical to Mr. Ragan’s.”

The Hard Times was told it took over two weeks for a Revival Tour messenger falcon to locate Barry. The majestic raptor delivered the call for help, which was etched onto a small 78 rpm record, to Barry in a small shack somewhere deep in the Smoky Mountains. When told he may be able to save Chuck’s life, Barry responded with a series of enthusiastic harmonica blurts and unintelligible 19th century platitudes before producing the lifesaving flannel.