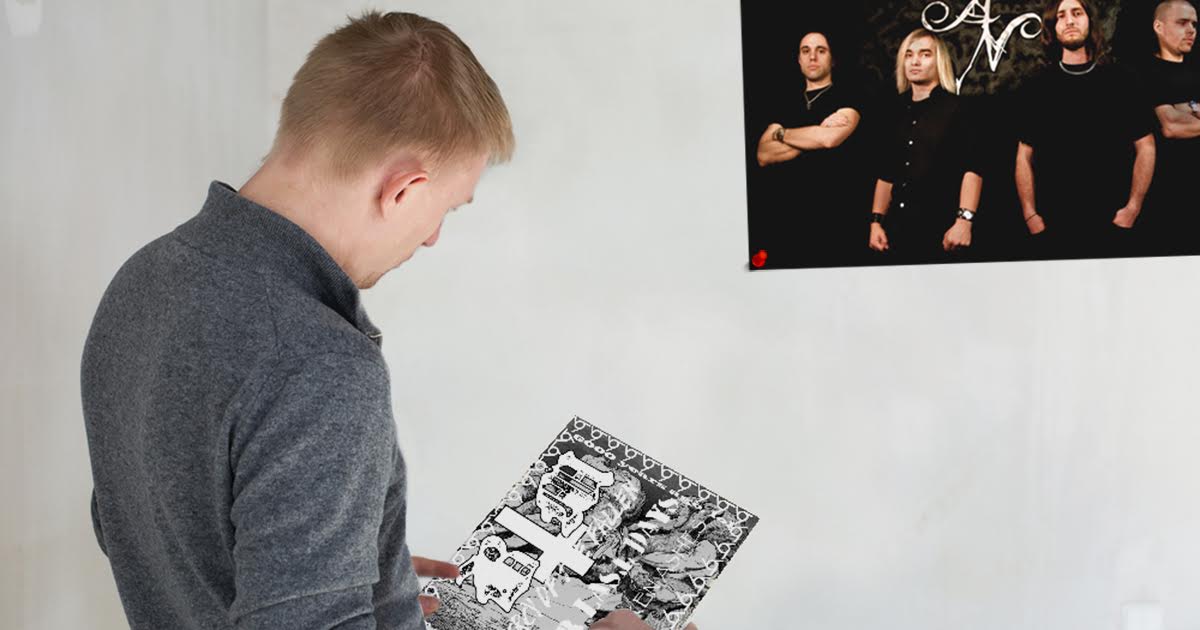 ELON, N.C. — Christian metal band Bless The Martyr came under fire last week over a flyer for their upcoming performance, which allegedly showed no evidence of being intelligently designed.

“This [flyer] is a mess,” said Bless The Martyr superfan Bridget Connors. “The font is illegible, there’s no start time listed on the gosh darn thing, and the band names are all written vertically. It’s an abomination!”

Christian metal fans across the country echoed her concerns.

“When I go to a show, I want to be sure all the bands promote Christian values,” said Iowa resident Ian Jenkins. “But the font on this flyer makes that impossible. This could either say ‘Blessed Souls,’ or ‘Satan’s Asshole.’ Please excuse my language, but we should never be talking about the great deceiver’s backside.”

Detractors of the genre, usually at odds with the theology of the music, reportedly do not think much of the promotional tool either.

“Terrible,” said Micah DiPaolo, a staunch satanic black metal fan during his weekly routine of seeking out and destroying Christian paraphernalia. “A monkey could have made this.”

No strangers to controversy, Bless The Martyr insists “the flyer is fine.”

“I’m actually really concerned about this flyer,” admitted guitarist Logan Whitmore. “I don’t want to sound paranoid, but the border all around the flyer looks like a bunch of 666’s. And I think all the t’s are upside down crosses. And the date of the show says ‘6000 years ago, lol.’ Is that supposed to be a joke?!”

“I don’t see what the issue is,” said BtM drummer and creator of the flyer, Mark Stokes. “I thought it was pretty good for my first time using photoshop. Oh, and I just learned how to use Drop Shadow. Our next flyer’s gonna be sick.”