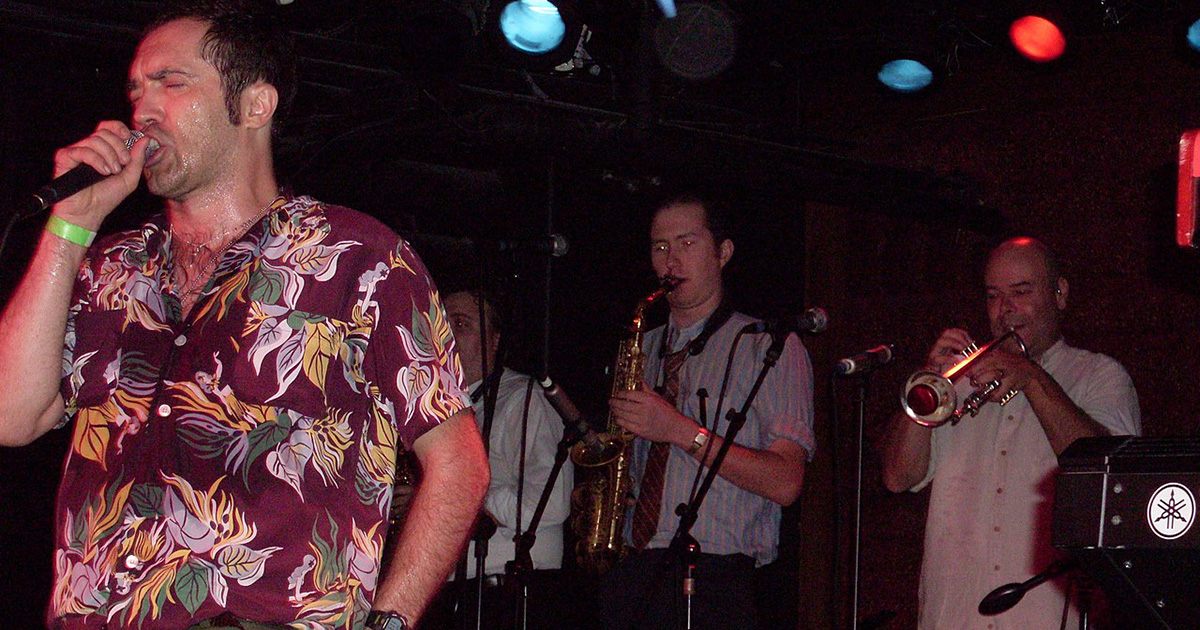 “We deeply regret basically every decision we’ve made since forming in 1989,” the statement reads, co-signed by all past and present members of the band who will be known as The Consent Acquirin’ Gentlemen moving forward. “Most egregious of our transgressions is our band name. ‘Daddy’ had not yet experienced rebirth into a sex-positive identity, so our name implied an incestuous version of deflowering. We are so, so sorry you ever had to hear our name in the car with your family members.”

“Next is our complicity in whitewashed genre revivals such as swing and ska that would have been better left alone, and not shoehorned into the advertisements of multinational corporations like the Gap,” the apology continues. “There are plenty more things we are ashamed of: profiting off the real and racist Zoot Suit Riots in the 1940s, normalizing fedora use, and releasing Greatest Hits compilations with more than one song. But lest we retraumatize innocent people, let us end with one more: we are so, so sorry.”

Music journalists weighed in on the quality and effectiveness of the band’s apology.

“The Cherry Poppin’ Daddies’ apology is unique because they have so many different things to take accountability for,” explained Vesper Wisniewski, contributor to Stereogum. “While the words sound sincere, it remains to be seen if they will truly pay a penance by selling their tacky outfits to thrift shops and cooling it with the bebop and jazz lingo moving forward.”

Though difficult to track down, one diehard Cherry Poppin’ Daddies fan offered their reaction to the apology.

“I knew this day would come, but I really hoped it wouldn’t,” said the fan, who asked to remain anonymous. “Being a CPD fan was tough enough, but it’s over now. There is too much shame associated with the band. I guess I’ll move on to a new bizarre music fandom to form my identity like, witch house or baroque funeral laments, neither of which could possibly be regretted 20 years from now.”

Vegas bookies are now allowing bets for the next band to apologize for their entire existence, with Barenaked Ladies leading the odds.