A Cappella Punk Group Just Four Guys Yelling At Each Other 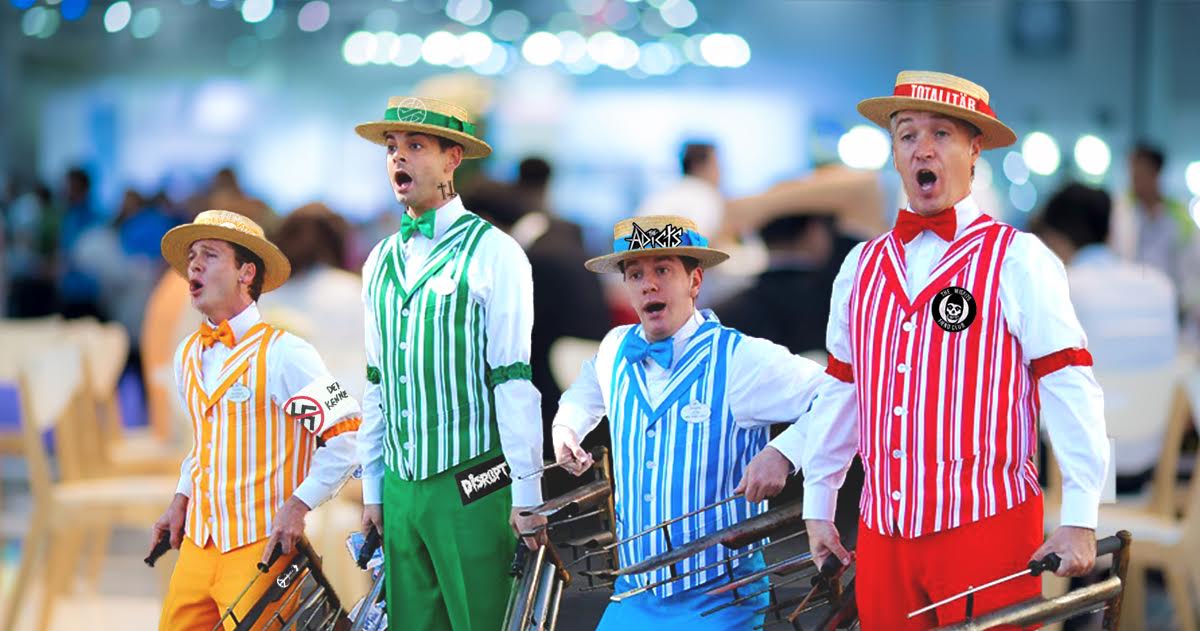 SCOTTSDALE, Ariz. – Four friends discovered their musical chemistry following a heated debate outside of a show late last night, when their argument attracted a crowd hoping to hear more from the quartet.

“We were outside like usual arguing about all sorts of bullshit,” said punk/baritone ‘Spit’ Jones. “All of a sudden people gathered around and started tapping their boots. They seemed to be really digging it.”

Witnesses were stunned by the foursome’s accuracy. “I was out smoking between bands and these dudes broke into a spot-on vocal rendition of ‘No’ by Subhumans,” concertgoer Sam Jameson reported. “There was one guy that just kept yelling ‘No justice, no peace.’ It was mind blowing — so stripped down. So raw.”

“We were so shocked by the reaction we got that first night,” said tenor Hank Kerchief. “We started to think there might be something to this a cappella thing.”

The group, now going by the name ‘Questionable Motifs,’ has big plans for honing their sound.

“We all have pretty strong voices from smoking, drinking, and talking over each other to make a point all these years,” Jones said. “At first, we tried to learn the songs properly but it turns out punk and hardcore aren’t exactly written to be performed a cappella.”

“Not to mention how out-of-tune and off-time live punk music is,” added soprano Russell James. “Recreating all those mistakes using only our voices would take years. So we’re just gonna do exactly what we did on that fateful night and yell at each other.”

Despite their efforts, Questionable Motifs have found little success since their first performance. “These kids just aren’t feeling it,” Jones laments. “Maybe these young kids just aren’t ready for something as mind expanding as aggressive concertato style.”

UPDATE: Questionable Motifs have since found success on college campuses, where they are often mistaken for a panel of punks arguing about politics and religion.