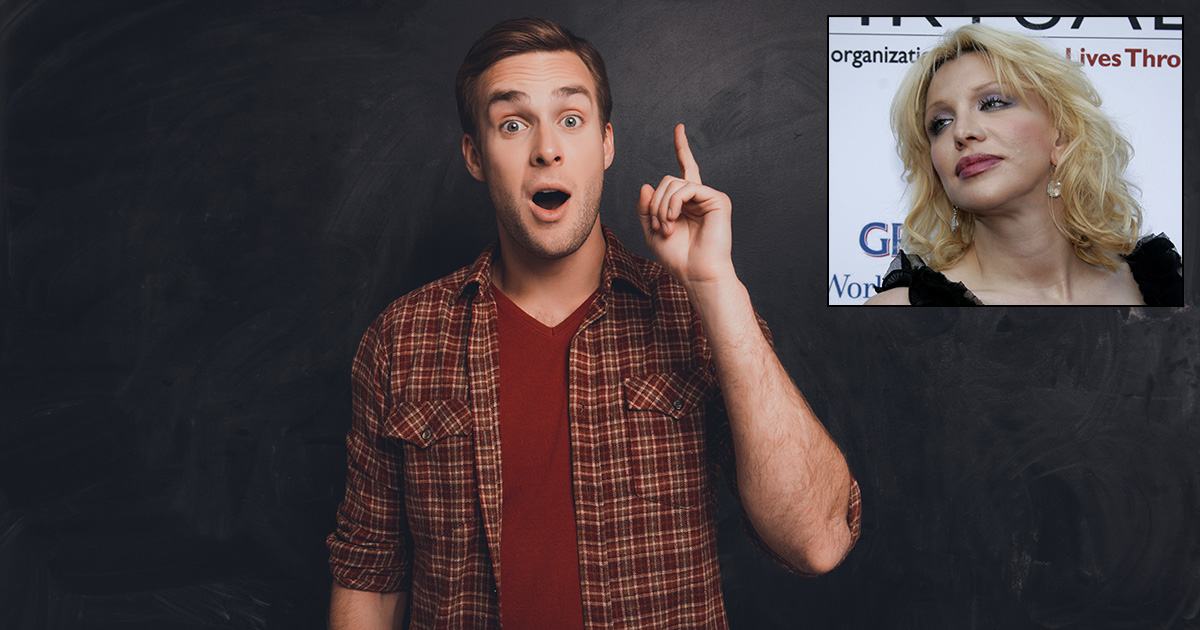 “I was waiting for the manager so I could suggest he add more Bush to those tiny jukeboxes at the tables when I overheard two teens saying awful things about Courtney Love,” Arnold said. “One of them called Hole’s ‘Live Through This’ album ‘influential to the 90’s Feminist punk scene.’ Even worse, they were praising her for calling out misogynists and high-profile abusers in entertainment. That’s when I knew I needed to step in and call Courtney a succubus bitch who definitely has fake tits, everyone knows that.”

The women in question reportedly didn’t notice Arnold, or that he was speaking to them for several minutes before finally realizing he was saying something.

“We were just, like, sitting there eating and this old dude walked up and started ranting that Courtney killed Kurt and that it was a lot more charming when Drew Barrymore flashed Letterman,” said Barelas resident Annie Fuentes. “I tried not to be too hard on him though because I know how the elderly can get. My nana yells at pigeons at the park when she gets tired, too. We just let him go on until he wore himself out and left to go bother a waitress about syrup.”

Additional diners who peaked in eighth grade supported Arnold’s impromptu monologue and stood in solidarity with him.

“I think what that guy did was brave, and Kurt would have wanted us to keep his legacy alive by forever harassing the woman he loved. She may be his widow, but I’m a super fan with unhealthy parasocial relationships,” one of the protestors said. “At least that’s what my therapist says, but she’s probably just another simp for Courtney. Anyway, did you know she used to be a stripper?”

More updates are unfortunately expected to follow, as neither of these guys has yet to shut the fuck up.