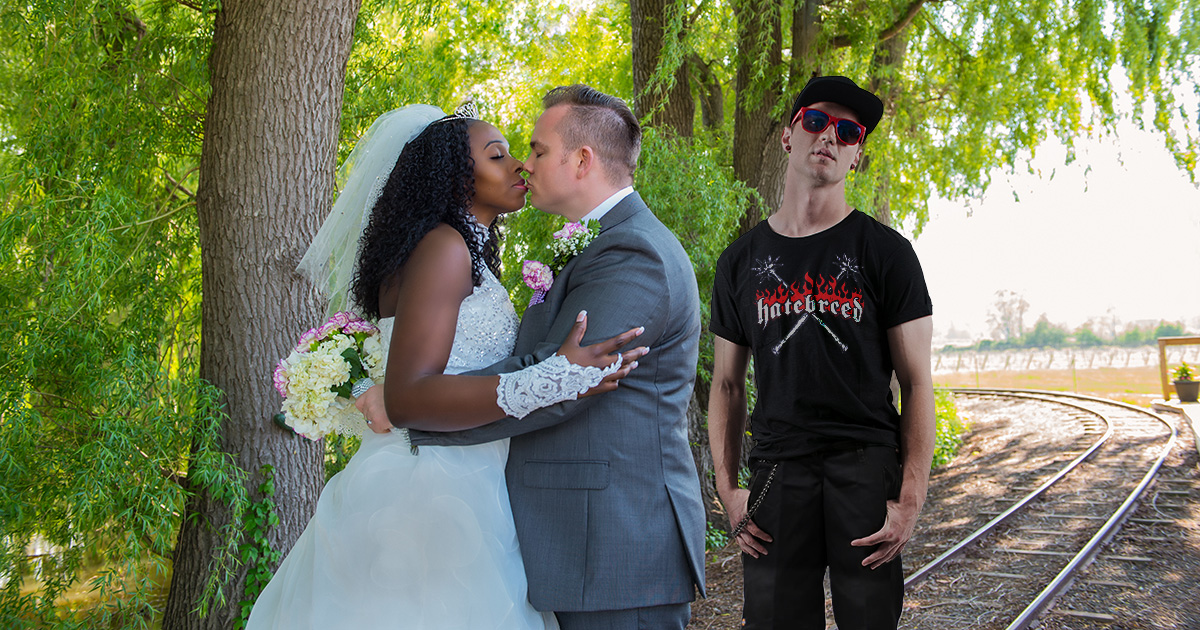 “I feel like the sentiment is really beautiful: it’s like, my guy here is so happy with Ashley that he’s killing his desire to be with other chicks, you know? So romantic,” Turley said, adjusting the T-shirt emblazoned with the iconic “Satisfaction Is the Death of Desire” album cover on the back and Hatebreed logo in flames across the chest. “Sure, I could’ve pulled out my least pit-stained Shai Hulud shirt for this, or that oversized Poison the Well hoodie I’ve had since 2001, but I’m not just a guest today — I’m a man of the cloth. Only the nicest merch will do.”

The ceremony took place inside the Congers VFW, where Genoa’s metalcore band Animal Control had their first, third, and final shows.

“Ashley really wanted the ceremony to encapsulate the things she loves: Trey, her family, and the fact that she will die beating the shit out of anyone who messes with her crew,” maid of honor McKenzie Lin reported. “I think the choreographed floorpunch to Indecision’s ‘Hallowed Be Thy Name’ while she walked down the aisle really encapsulated that — we rehearsed for literally hours at the bachelorette party. I’m kind of hoping a video of it gets uploaded to YouTube. Who knows, maybe Ellen will have us on her show.”

Although Turley kept his “formal Hatebreed T-shirt” in mint condition since purchasing it in 1999, not everyone was pleased with his choice of attire.

“I was a little confused why the priest was wearing a shirt that said ‘Hatebreed,’ and why he drank beer during the whole ceremony… as well as before, and for several hours after,” said the bride’s grandmother Lucy Dellucci. “I heard Jamey Jasta got sober, so that’s just disrespectful.”

At press time, the reception had gone through over 4,000 cases of Monster Energy Drink and sold out of “Ashley and Trey 4 Lyfe” hoodies and basketball shorts in just 20 minutes.