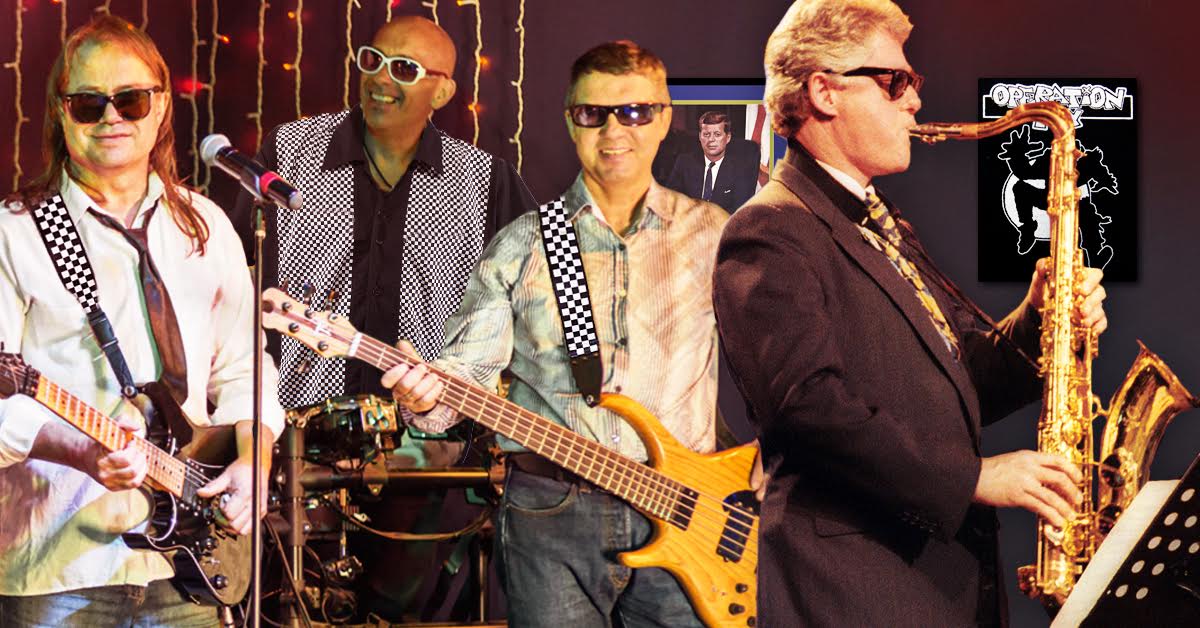 WASHINGTON — With Hillary Clinton’s steady rise in the 2016 Presidential election polls, former President Bill Clinton is optimistic he and his ska band, Slightly Politiskal, can once again practice in the White House garage following a Democratic win.

“When Hillary announced she was running [for president], I knew this could be our chance to get back in there. The space is great — totally sound proofed so the neighbors don’t complain if we are really turning one on,” said drummer Barry “Skins” Beacham. “Plus, Pizza Plaza is right down the street, and they are open until 2 a.m., so after we jam we can just hang there until they kick us out.”

Formed in Little Rock, Ark. in 1986 when Mr. Clinton served as governor, Slightly Politiskal enjoyed eight years of rehearsing in the White House garage during the 1990s, penning notable classics like “D.C. Boogie” and “Medicare Rude Girl” before the band relocated to New York once his term ended.

“Listen, our practice space in Chappaqua is nice and all, but New York doesn’t have that ska soul like D.C., you feel me?” said 64-year-old guitar player Ronald Schwartz. “We never get booked on shows in Westchester, but once we get back to the capital, I already know a couple VFW halls that will put us on. Plus, the White House garage has a mini fridge, and a bunch of old nudie mags hidden under the couch… but, hey, my wife doesn’t need to know about those.”

Mrs. Clinton was noncommittal when asked about the fate of the practice space during a recent press conference.

“I know my husband and his little friends, like many patriotic, working class Americans, have a passion for the ska music. And although it’s a little loud and distracting, it’s good to keep Bill busy and out of trouble,” said Mrs. Clinton. “But why does nobody ever ask me about my band? We are sort of like post-punk, but really hard to classify. You just need to hear it, OK? But we need a place to practice, too,” she added before changing the subject to foreign policy.

In anticipation of Mrs. Clinton’s victory, the former President is reportedly hard at work burning CD-R’s of Slightly Politiskal’s new four-song E.P. to hand out at the inauguration.