Bigfoot Killing It on Bass in Doom Metal Band 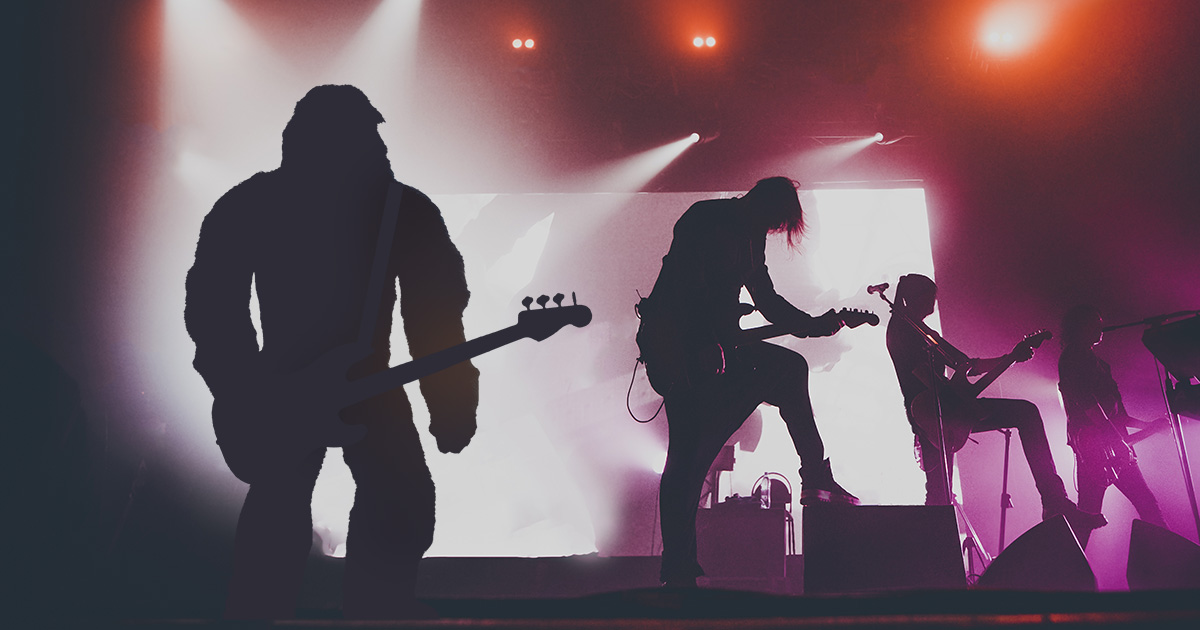 SEQUIM, Wash. – Local doom metal band Skull Ritual are seeing a sudden surge in popularity ever since adding an elusive Sasquatch to their rhythm section, confirmed fans of the band and Bigfoot hunters who are interested in exploring more bands within the genre.

“Man, I was fuckin’ stoked when I heard the news they were replacing their old bassist with a mythical ape-like creature,” said longtime Skull Ritual fan Jimmy Noah. “The last guy they had playing bass was some short, puny, hairless guy who had no style or stage presence whatsoever. I’ve seen some recent grainy ass footage of them playing in Portland with Foot, and I can’t wait to catch ’em live. That is if the rumors of them playing Maryland Doom Festival this year aren’t just an elaborate hoax.”

Bigfoot himself took time from screaming his patented mating call into the woods to weigh in on being asked to become the new bass player for Skull Ritual.

“For the past few years all I’ve done is play bass for shitty Brotherhood ripoffs and a lot of grunge revival bullshit,” said Bigfoot while sporting a tattered Candlemass ‘Doomicus…’ t-shirt. “When I stumbled upon the Skull Ritual guys smoking weed and drinking beer in the woods I felt pretty vulnerable. We got talking about metal and I realized this is the genre I should have been playing all along, I was honored to report for bass duty when they asked me. And the guys are pretty happy that I have the strength of five men so I can carry my bass cab upstairs by myself.”

Cryptozoologist and fan of metal and punk music, Rich Sorensen, asserts that cryptid musicians are becoming more common these days.

“I love the fact that these creatures that science has rejected are being accepted in the punk and metal communities,” said Sorensen. “I believe that the masses would be shocked to find how many of them actually play in bands. As a matter of fact, the Jersey Devil was playing drums in a Misfits cover band I saw last Halloween. The Loveland Frog is doing vocals in an emo band in Ohio that is just signed to Sideonedummy. And the Skunk Ape in Florida is playing in a metalcore band with some former members of Evergreen Terrace.”

At the time of press, it was rumored that a YouTube video of the Mothman playing djent style guitar had been circulating around on social media.