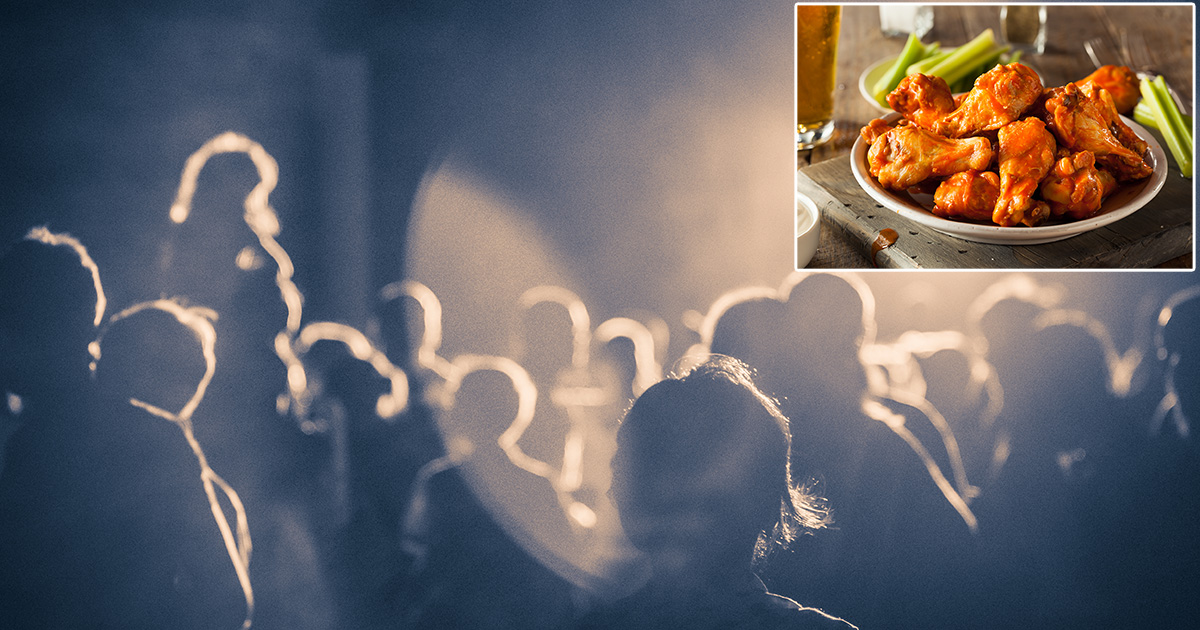 BUFFALO, N.Y — Local indie rock band CupNChar were oblivious to the fact that the overwhelming turnout for their gig this weekend was actually due to the venue’s popular 50 cent chicken wing special, several runny-nosed sources report.

“I was stoked to see so many people come out for the release show for our new ‘WNWhy?’ record,” CupNChar frontman Zeke Wilson said while adjusting his Spin Doctors style hat. “The demographic was really diverse, too. We had our usual emotionless, lethargic 20-somethings who are our core fanbase, but also a huge amount of drunken frat boys decked out in Bills gear accompanied by an equal number of middle-aged truckers. The entire venue reeked of hot sauce and most people left when they ran out of chicken wings, but it was an all-around sick show!”

Bartender Jill Briar explained how she was relieved to have the wing night special land on the night of her shift.

“When I got to work, I anticipated a low-tip, boring-ass night with yet another shitty rock show,” Briar said. “But when I got word that it was also wing night, I realized I might actually make a couple bucks and this wouldn’t be a complete waste of my time. I would much rather deal with everyone smelling like Buffalo sauce and wet wipes than patchouli and beard oil. Plus, believe it or not, old trucker guys tip the best, even though they can be creepy and oftentimes covered in various oils of their own.”

Promoter Gene Black gave his inside perspective on this phenomenon.

“These double-booking situations happen a lot in a city with so few venues. One time, I booked a punk show on the same day as a police fundraiser,” Black explained. “I had no idea about it, but having Killacopia playing in the same venue as a bunch of cops raising money or some shit was kind of hilarious and resulted in some great people-watching. It ended on a sour note when the cops beat the shit out of everybody, but I got out of there just in time.”

Shortly after press time, CupNChar questioned why they hadn’t sold a single piece of merchandise to a packed house.