Band Member Frantically Asking What Song Is Next 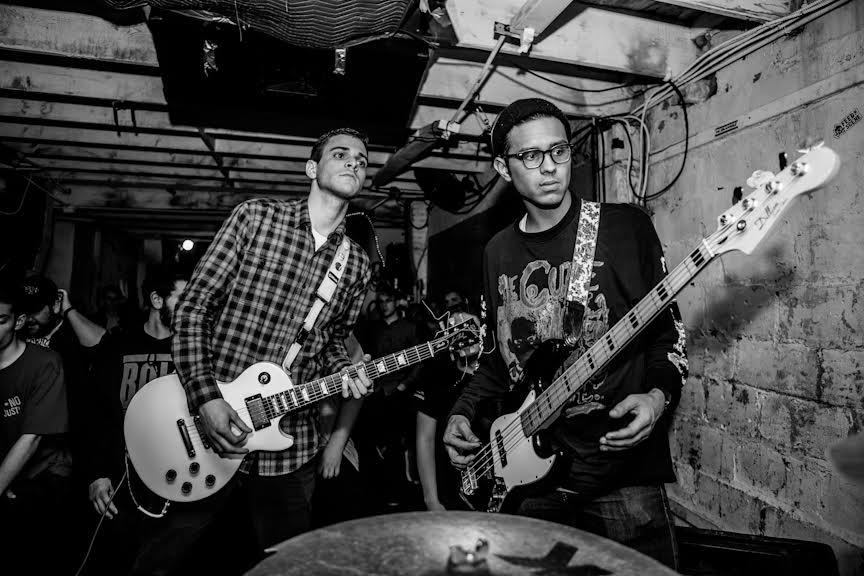 ASK A PUNK, USA — Boot Bone, a streetpunk band out of Gainsville, Florida opened their set with a killer performance of their song “Fight Back,” followed immediately by the local classic “Fuck The Pigs.” But now John Styles, a new member of the hard-drinking, cop-hating punk act, is frantically asking what song is next.

“‘Anarchy!'” she shouts back with fire in her eyes.

“Fuck yeah, we need anarchy now! But what song are we playing?” Styles struggles over the feedback.

At this point in the conversation, drummer Charlie Ramierz chimes in with a suggestion.

“‘I’m Drunk!'” Ramirez shouts to Nguyen and Styles from behind the drumset.

Ramirez breaks out into a dramatic drumbeat briefly by himself, only to quit after a few seconds and look around at his bandmates exacerbated.

“That’s fine, but it’s no excuse to not tell me what song we are playing,” Styles says.

“How many times do I have to tell you ‘I’m Drunk!?'” Ramirez shouts.

“Fuck ‘I’m Drunk.’ It’s time for ‘Anarchy!'” Nguyen says, back in the conversation after pretending to know how to tune by ear.

“Yeah, I have been for ages,” Styles says.

“And you’re not going to stop when we start?” Nguyen says.

“No, I was born ready for anarchy, let’s do this shit!” Styles says, getting visibly excited, hopping up and down.

Ramirez and Nguyen start playing “Anarchy” in unison as Styles turns around and slams his fist through the basement wall behind him, ripping out wiring and plumbing from the drywall. The band stops.

“What the FUCK are you doing Styles?” Nguyen screams.

After a few more minutes of miscommunication, the band finally decided to play “The Cops Are Here” as shows-goers frantically vacated the basement and put out their funny-smelling cigarettes.