Band Getting Back in Touch With Roots Moves in With Parents 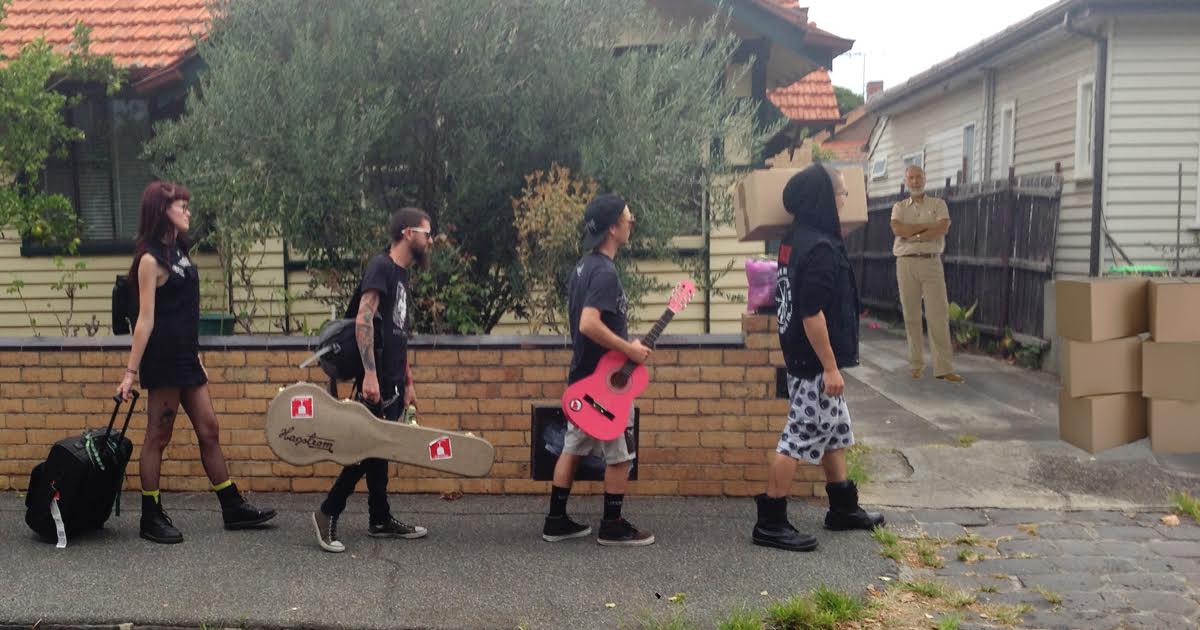 SPRINGFIELD, Mo. — After months of adversity, local punk trio Entity Zero confirmed last night that they will be moving back in with their respective parents to “get in touch” with the band’s roots.

The move, after months of rumors fueled by Facebook posts from drummer Stan Oliver and guitarist/singer Chelsea McGinley comparing their landlord to Adolph Hitler, was met with mixed emotions from the band as well as parents welcoming their children back home.

“With our first album, there was definitely an anti-authoritarian, ‘fuck the man’ vibe going that I really want to capture again,” McGinley said. “You kind of lose some of that when you’re working doubles at CompUSA just to eat. Plus, my mom and dad haven’t altered my room since I moved out, so we can really get back to that old-school feel we had when we first started the band.”

Bassist Frank D’Amico, reportedly “sick and tired of sharing a small practice space in a windowless building with six other bands,” is also looking forward to the change. “Going back to a place where I can piss in private and watch some goddamn Westworld every once in awhile should help us write our next album,” he predicted.

“The idea came from our manager Brendon [Janowski] urging us to get rid of things like rent, and jobs, and self-reliance — things really getting in the way of our success and writing process,” said Oliver. “It’s great that even with Brendon’s recent DWI and losing his day job, he’s still clear-headed enough to have great, creative ideas and work with us.”

Janowski later confirmed he will also be taking up residence at the Oliver’s home to be “closer to the process.”

With the change, Entity Zero has already begun outlining their next release, working to secure funding the same way they did for their debut 2011 album, Cluster Bomb: through funds obtained from McGinley’s grandmother, Janice “Gam Gam” Flanagan.