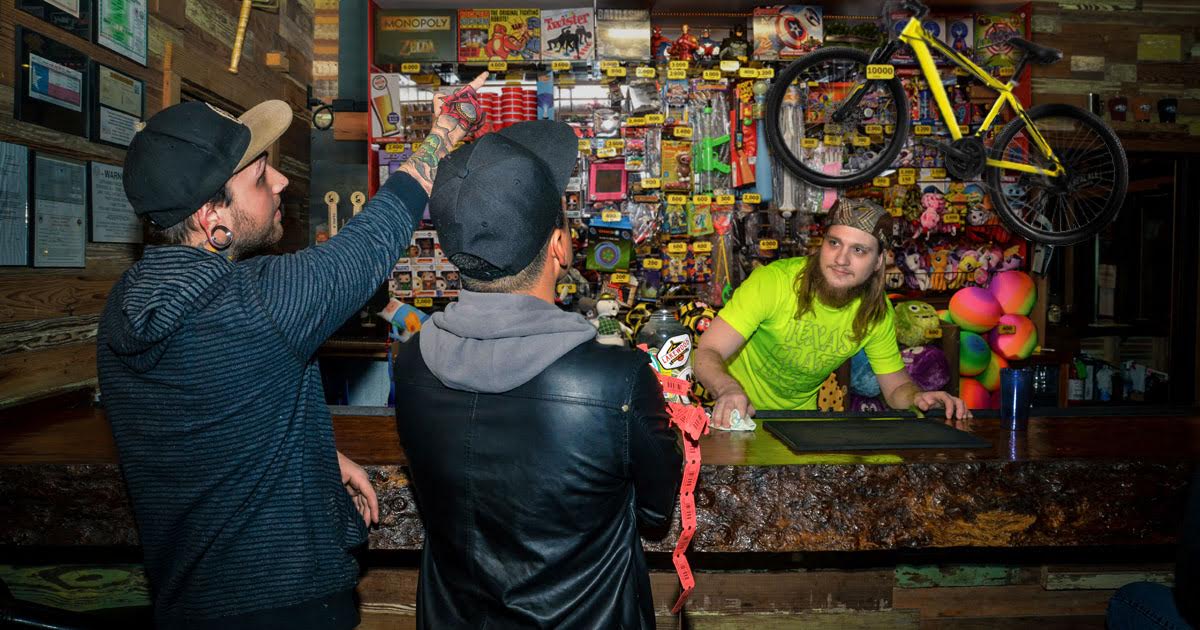 CHARLOTTE, N.C. — After a decade of constant touring, indie rock trio Thanks for the Manatees finally cashed in the 10,000 drink tickets they collected for a “super sweet mountain bike,” according to sources close to the band.

According to bassist Kara Brookover, the band had worked toward claiming the mountain bike for years.

“We used to just use our drink tickets to get smashed all the time,” said a jubilant Brookover, “until one day, we did a set with Genghis Bong and saw them turn in 200 tickets for a sick, glow-in-the-dark yo-yo. It taught us a big lesson in saving.”

When asked if he ever saw a drink ticket payout that big, Patterson’s Pub ticket counter employee Ray Montez shook his head. “I’ve manned ticket counters at dive bars across the country, and nobody has ever scored anything as bitchin’ as that bad boy,” Montez said. “It even comes with a pair of dice air caps.”

The band immediately brought the bike out to the parking lot for a test ride after handing over their drink tickets.

“Look at this baby,” drummer Mike Fasulo said. “Neon fucking yellow. Black flame decals on the body. Bell on the handlebars. Slime in the tubes to keep these bad boys from deflating. Even a drink holder! I can’t wait to bomb this sweet mother down a hill.”

Allegations that the bike’s radness was greatly exaggerated were dispelled by a recent review from critic Ian Cohen, who awarded the bike an 8.7 score on Pitchfork, saying the bike was “sweeter than a kiss from Conor Oberst’s lips.”

Concerns over the trio of musicians collectively owning one kick-ass, tricked-out mountain bike were addressed at an impromptu press conference, held as they loaded the bike into their tour van.

“We worked out a chain of custody,” said guitarist Timor Tims. “Kara gets the bike on Monday and Thursday, I get it on Tuesday and Friday, Mike gets it Wednesday and Saturday, and [merch guy] Garth gets it on Sundays… unless someone who books us for a gig calls dibs.”

The band could not confirm that a chain of custody had been established for either the soccer ball eraser or pack of Digimon stickers they got with their remaining 15 drink tickets.