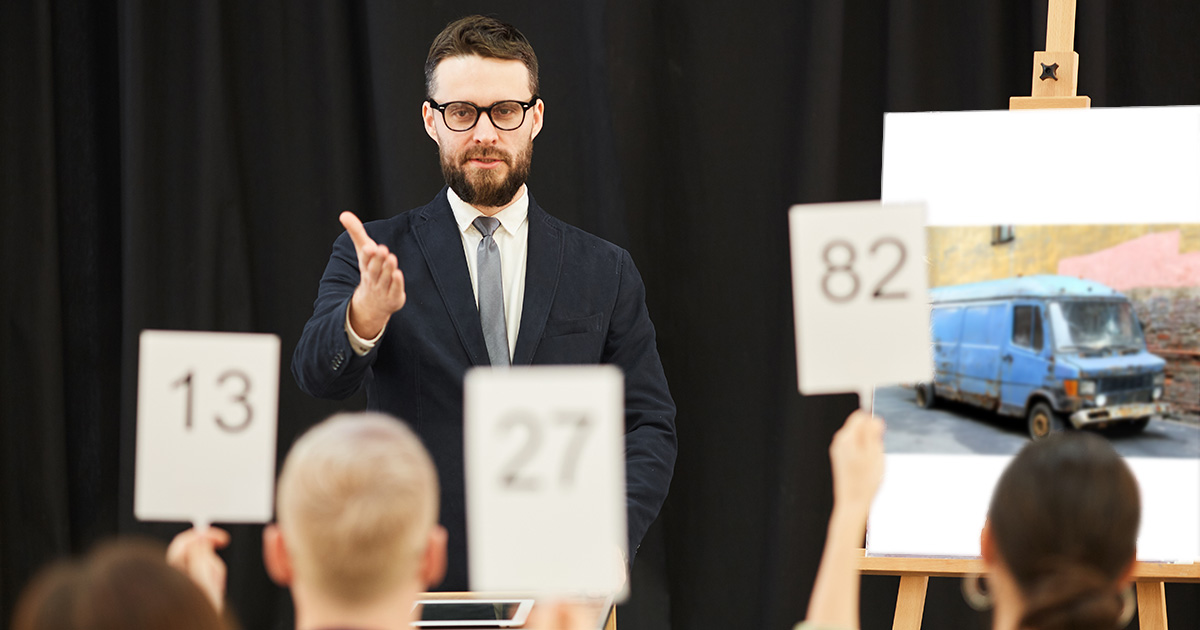 ALBANY, N.Y. — Members of crust funk band the Salt Garglers were desperately trying to repurchase their impounded econoline van at a civil forfeiture auction in the midst of their presently stalled East Coast tour, sources totally fed up with this capitalist horseshit confirmed.

“I guess this is what happens when you let the bass player drive,” lamented Salt Garglers frontman Davis Wendt. “We’ve had that van for years, but of course the one time we leave it parked diagonally across three handicapped parking spots outside a dialysis clinic, it gets towed. We’re trying to get the van back but the competition here is fierce. Our van smells like shit, but I overheard one guy saying he needs a new van for his plumbing business, so he’s probably used to it. I hope he drops out early. Also, I don’t know if they’re gonna let us pay for it with drink tickets so we may have to use our drummer’s dad’s credit card again.”

Albany PD Sergeant Gary Unger detailed how the van came to be at auction.

“Upon finding the vehicle illegally parked, we were initially just going to ignore it, until we found out it belonged to a touring band from Massachusetts. Then we had to call it in,” explained Unger. “We impounded the vehicle, tore out the interior, gutted the engine and stuffed a couple of bananas down the gas tank. Also, we peed on it a bunch. You never know with these touring bands. They could be a front for smuggling drugs, or they could be the Red Hot Chili Peppers, or even worse; they could be Red Sox fans. We find it’s easier to just cut to the end and fuck up everyone’s day. It saves time.”

Local curmudgeon and police auction attendee Harry Nerman said he loves to buy cheap vans at auctions right out from under struggling bands.

“I’ve had it with these damn rocking n’ rooting bands strutting around my town in their dern skinny britches. I wanna make sure they all know they ain’t welcome,” said Nerman before raising the bid to $300. “I own nineteen vans now, and every one of ‘em used to belong to guitar playing hooligans. And before you say anything, I am not ‘bitter and pathetic and lonely.’ I actually don’t feel much of anything anymore, so that shows you.”

Update: The Salt Garglers have decided to cut their losses and use their remaining $47 to purchase at auction an amp supposedly confiscated from John Wayne Gacy.