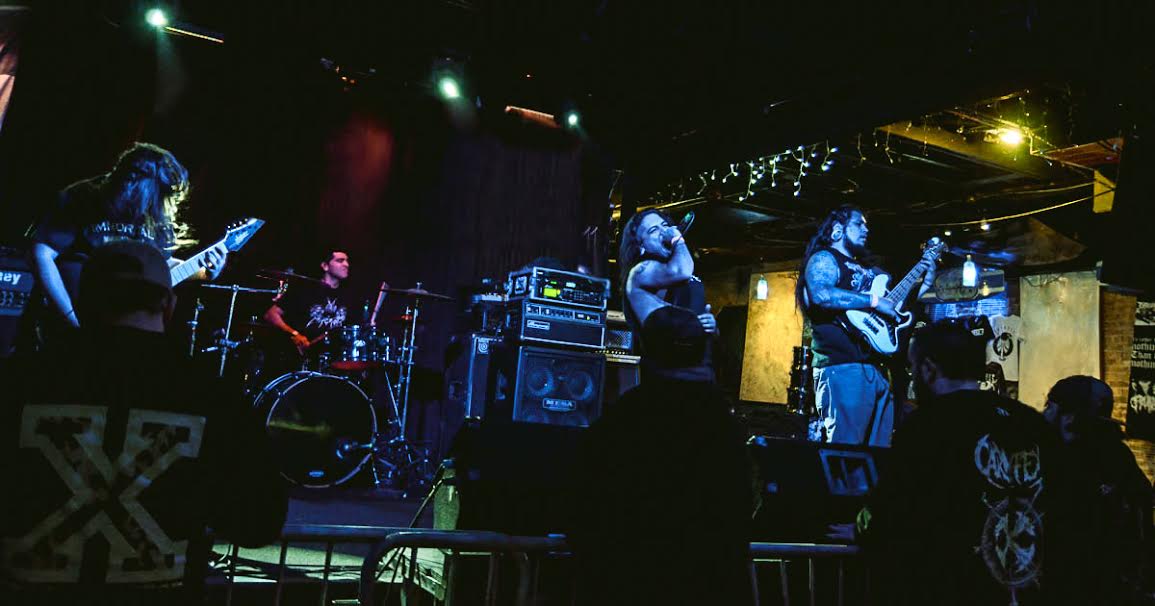 AMSTERDAM — The life-long dream of American metal band Goat Machine came true last week when they finally performed a show in Holland for a crowd of four people, sources close to the band confirm.

“If somebody told me when I was a teenager, just starting to learn guitar, that one day I’d be in a band that’d play in Europe for a killer crowd, I’d say you were crazy,” said Goat Machine singer/guitarist Lester Cummings. “Playing in our hometown consistently over the past five years really prepared us for the next level — we’re used to playing for one or two people at most of our shows. But then, coming to Europe and having a crowd this size… honestly, I was a little nervous.”

Following the set, the promoter of the show, Esther Janssen, explained why she was so eager to bring Goat Machine to Amsterdam.

“Goat Machine got in touch with me a few months ago about putting on a show here — they were the only band I’ve ever dealt with that said they’d pay me to allow them to play. I initially said no, but then they offered to put me up in a nice hotel for the night, so finally I caved,” noted Janssen. “Usually, metal shows here are pretty rowdy, so I was pretty embarrassed when only four people came out to the show. But the guys in the band were so enthusiastic about the turnout, I decided to just roll with it.”

Goat Machine allegedly tore through 10 songs during their set, varying in themes from witches, to the apocalypse, to Chtulhu.

“I actually came out tonight for trivia, but I got the night wrong. So, I figured I’d stay and watch the band, since I already paid a cover,” said audience member Bart Van Dijk. “I’m much more of an EDM fan, but these guys were pretty funny with their guitar solos, animal skulls, and fake blood. It wasn’t bad.”

Following the success of their first European show, Goat Machine has reportedly emailed promoters in South America, hoping to secure a show playing for up to a dozen people.