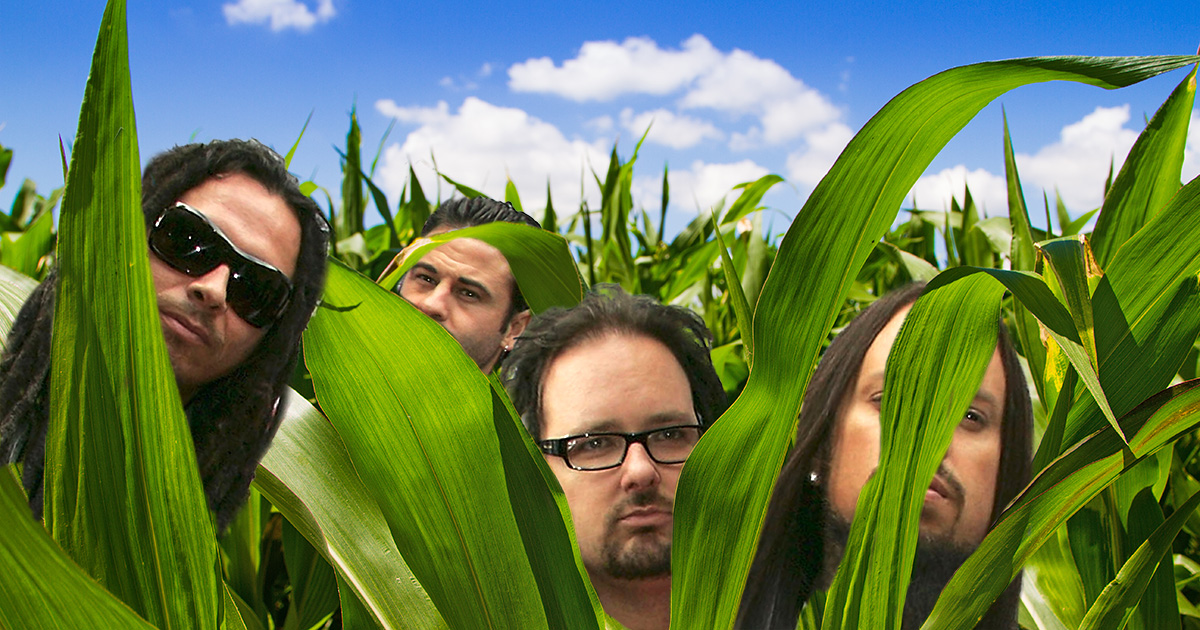 “Through the marvels of gene modification, society can improve the quality of bands while increasing album yields. KoЯn crop quality has been deficient of several musical elements since the mid-’00s, and it’s affecting the musical health of America’s youth,” said lead researcher Dr. Reginald Griffin. “We may now be able to achieve the kind of success that would otherwise take years of mediocre albums and touring.”

As KoЯn is directly responsible for over 97 percent of the Bakersfield area GDP, local farmers have a huge stake in this experiment.

“It doesn’t stop at heavier bass and more thunderous drum riffs for our Fieldys,” said farmer Trish Harris. “We’ve heard these scientists are also discussing longer dreads and crisper, fresher tracksuits. This potential for nüer and better KoЯn is something I haven’t seen since See You on the Other Side.”

However, the legislation has faced serious scrutiny from several anti-GMO activists. Despite little to no evidence of gene modification lowering musical value, many people describe the process as “unnatural,” and are worried about unforeseen long term impacts.

“The problems facing American-grown KoЯn can easily be solved with time-tested organic methods like band member rotation,” said local activist David O’Hara. “There are always problems when you play ‘God.’ We run the risk an entire album of just Jonathan Davis scatting… or, even worse, a second Fieldy’s Dreams album.”