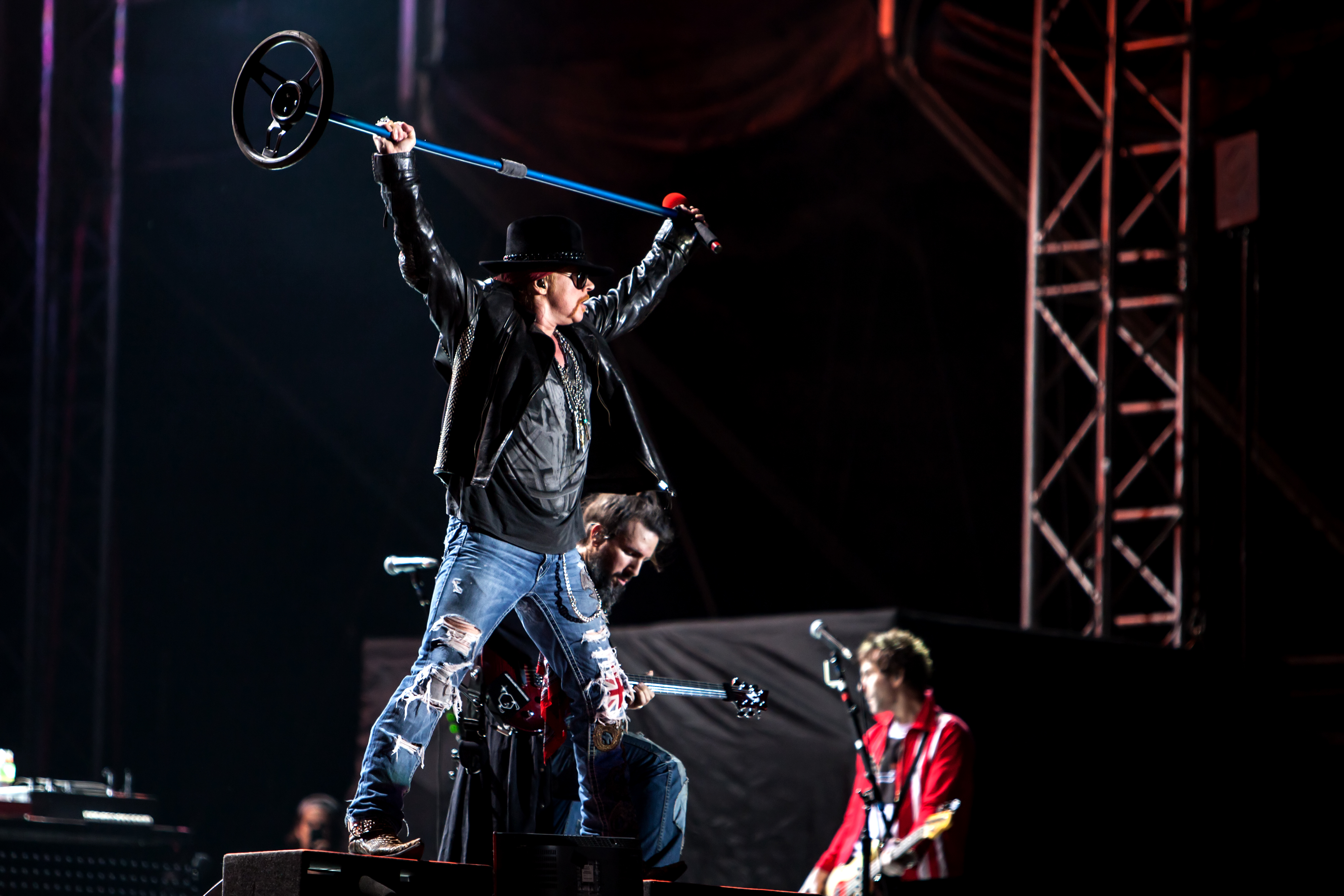 LOS ANGELES – Classic rock fans worldwide were thrilled this week by the announcement that AC/DC has hired rock icon Axl Rose to take over as the band’s new singer, with the group announcing a slew of upcoming, pre-canceled tour dates in support.

Rose — whose more recent career highlights include a swath of delayed projects, public tantrums, and cornrows — presents as an oddly mismatched selection to front the iconic rock group. But Rose reassured fans that he will not be changing his ways, and that he has no intention of actually fulfilling his commitment to the group.

“In rock ‘n’ roll, it’s a tightrope between staying relevant and preserving your legacy — you’re only as good as the last thing you did, y’know?” said Rose in an interview. “Every show you play is a new chance to get worse. You book a tour, you sell it out, you cancel it. That way you got nothing to lose. Everyone’s happy. Axl Rose is still as great today as the day Appetite [For Destruction] came out, baby.”

The opportunity to join and destroy a classic rock group as they transition gracefully into their twilight is one that Rose takes seriously.

“Fuckin’ songwriter catches cancer, singer’s deaf as a fuckin’ bat — I won’t let one of the greats go down like that,” gushed Rose. “So, hell yeah, I’m suiting up for an epic string of now-canceled shows.”

Rose figures that with the “industry machine” and full force of AC/DC’s team behind him, he should be able to whittle his impressive 20% concert fulfillment rate down to at most 13-14% by 2017. Beyond that, “Who fucking knows?” he said. “I hold myself to a higher standard than most rock frontmen. If I could cancel every show there is and still get paid, you better believe I would do it.”

Guns ‘N’ Roses, currently gearing up for another year of heavy tour cancellations of their own, don’t seem to think Rose will have any trouble splitting his time between the two acts.

“After Chinese Democracy dropped, we knew there was no limit to [Axl’s] ability to disappoint even our most devoted fans,” said Slash. “With AC/DC he’s got a blank canvas and no fuckin’ paint on the whole scene.”

AC/DC also plans to re-record their greatest hits with Rose on lead vocals for an album entitled Phantom Power, slated for a posthumous release in early 2037.

UPDATE: Angry Anderson of Rose Tattoo released a brief statement on AC/DC’s choice: “Right then, why not me?”