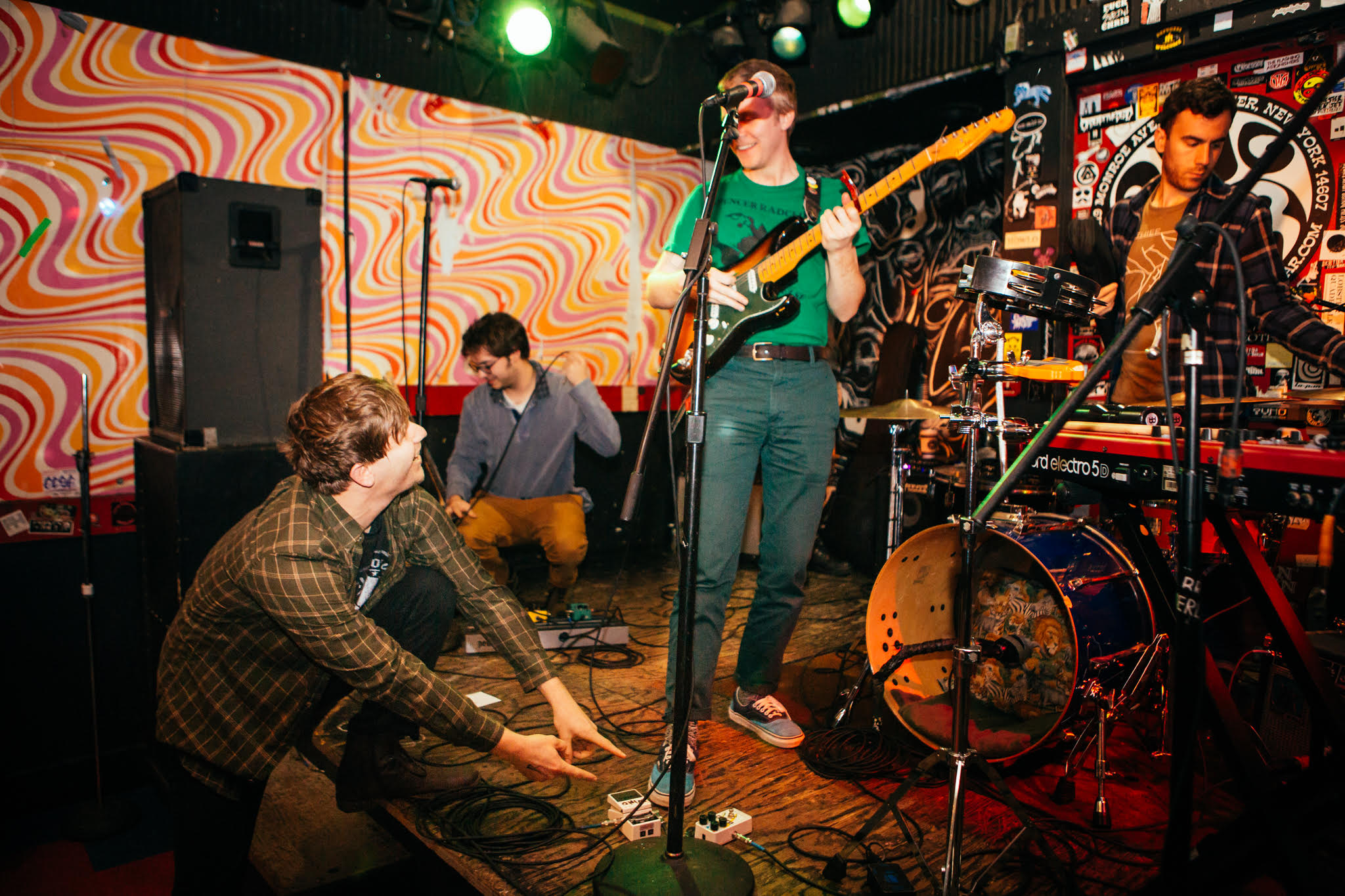 “When we were setting up, this toolbag sat there the whole time, watching us and asking about every single thing we were doing,” said bassist Randy Woodlin. “How many songs we were playing, how many Facebook likes we had, how many cymbals the drummer used. Pretty much everything you can think of. And, as soon as our set started, the kid just disappeared.”

The irritating fan, identified as Jacob McDaniel of Woonsocket, allegedly inserted himself into the performance on multiple occasions with his unrelenting questions.

“When we got to our song ‘Shone on the Nothing New,’ that’s when it happened,” said guitarist Caleb Davis. “We have this part where we stop playing and all scream, ‘What do you want from us?’ in unison before the next riff. That’s when he tapped me on the shoulder and said, ‘I want to know what the black pedal is.’”

“I have no idea how he got on stage,” Davis added. “And he wouldn’t leave until I showed him what each pedal does. He took notes on when and where I bought them; he even asked what the salesman who sold them to me looked like. That was two and a half songs later.”

Eyewitnesses also admitted to being annoyed by the young man’s presence.

“Yeah, that kid was something else,” said merch guy Wayne Edwards. “After their set, [McDaniel] just stared at the merch table for a while, not saying anything. I made the mistake of asking if he had any questions — he asked me what font the band used on every single piece of merch, one by one. I had no idea and guessed at a few, but he just kept telling me I was wrong.”

Despite being universally disliked by all in attendance McDaniel remained completely oblivious.

“I just wanted to know about his pedals,” said McDaniel. “Hey, what kind of audio recorder is that?”

McDaniel followed up by asking, “Does that do WAV and MP3 files?” and “What kind of pen is that?” before adding, “I don’t use those pens.”