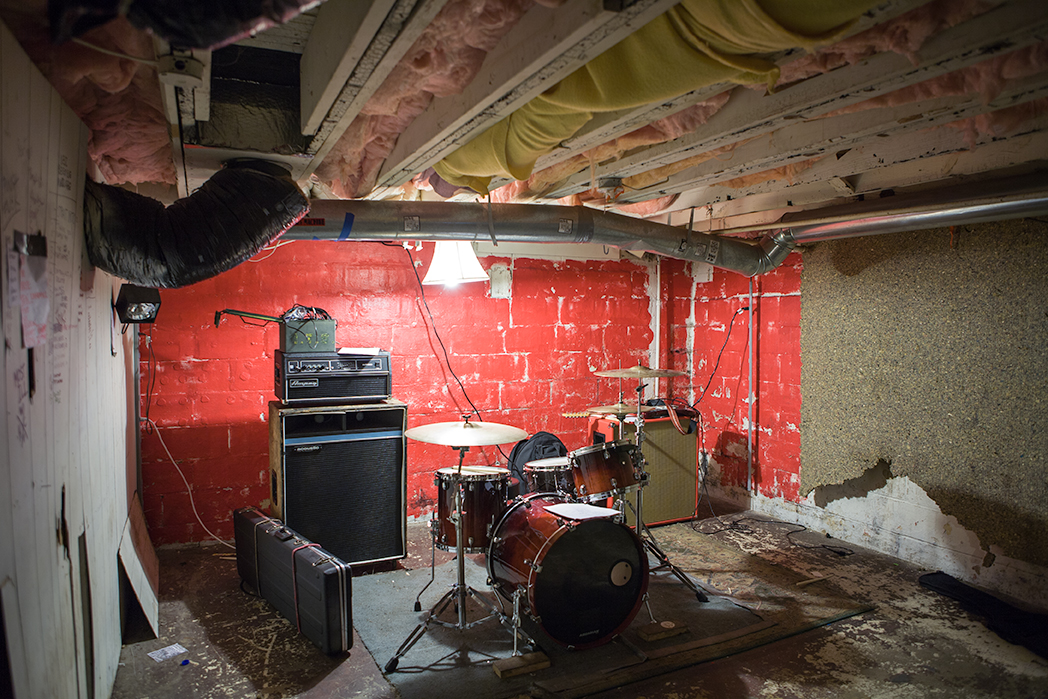 SANTA ANA, Calif. – Asbestos made an unexpected appearance in local teen Mike Gonzales’ basement Tuesday night.  Known for their ability to pop up unannounced and take the crowd’s breath away, Asbestos is one of the scene’s most dangerous punk acts.

Notorious for their in-your-face lyrics and rabid on-stage antics that often leave members of the audience physically harmed, the band used Toxic Records label-mates Lead Paint’s gear to surprise the packed house of 17.

“I didn’t even know Asbestos was going to be here tonight; they weren’t on the flyer or the event page or anything. I came for Lead Paint. Asbestos came in totally unnoticed, but by the end of their set, they had definitely affected everyone here,” show attendee Brian Levins said.

Though they only played five songs, the band’s in-your-face approach was on full display. Singer Sir William Edmund Logan (also known as Logs) caused physical discomfort for those who encountered Asbestos – and in at least one case, may have caused some serious harm.

“Dude, it was fucking nuts,” bassist for Lead Paint, Butch Boy, explained. “They opened with ‘Fibrosis’ and it was so loud, the fucking ceiling was shaking – all this white shit starting falling on everyone. Then Logs starts straight up punching holes in the ceiling; you couldn’t see shit, dude, and people were going off. I felt like I was gonna cough up my fucking lung, but it was sick as fuck.”

“They opened with ‘Fibrosis’ and it was so loud, the fucking ceiling was shaking – all this white shit starting falling on everyone. Butch Boy

Others weren’t as enthused by Asbestos’ antics, including the show’s host Mike Gonzales. “I didn’t ask them to play. The lead singer punched my buddy Scott right in the chest, leaving him breathless and in pain. He has bad asthma and had to go to the hospital. It was fucked up,” Gonzales said.

“Listen, there was a time when Asbestos was considered a pillar of the scene – something that we could really build with and would make things better – but that time has passed,” Gonzales continued. “There’s a reason they are banned pretty much everywhere; it’s just not safe to have them around. They won’t be welcomed back to my house, that’s for sure. I’m going to have to rebuild my whole fucking garage.”

Regardless of the controversy surrounding Asbestos, a source close to the band has told The Hard Times that Asbestos has been making unplanned appearances at basement shows all over the city to promote their new EP, Mesothelioma, and have no plans to stop anytime soon.

Article by Jamie Rotante and The Hard Times Staff.