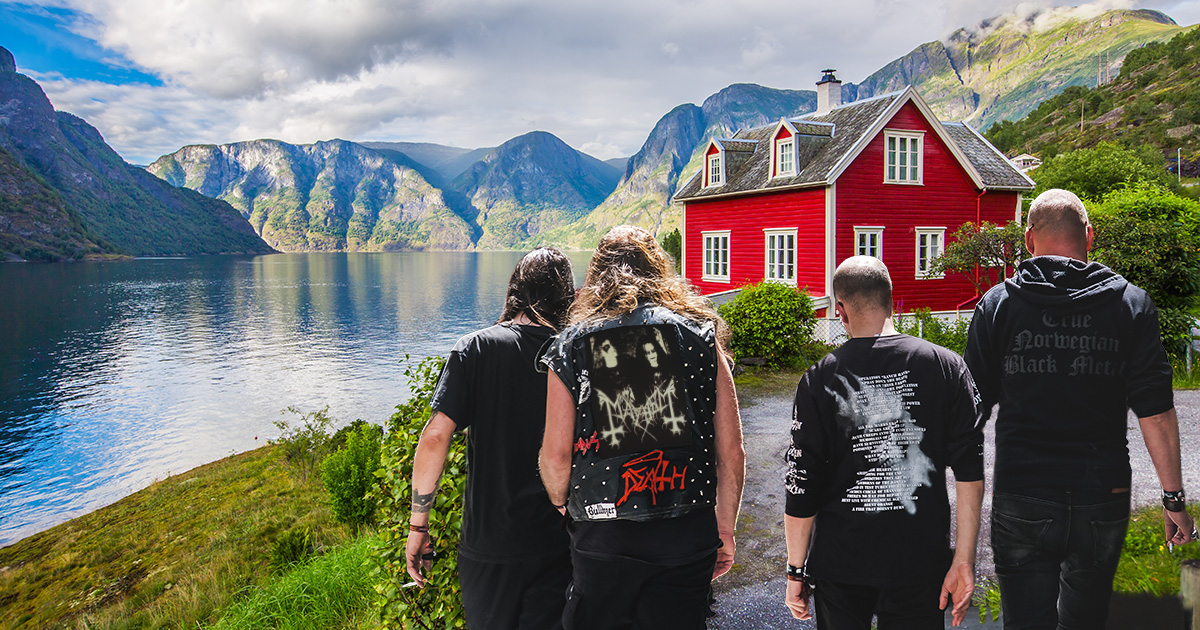 BERGEN, Norway — American black metal band Shadows Over Mirkwood embarked on a two-week tour of Norway in search of artistic inspiration and a healthcare system they can afford, confirmed sources finally able to afford life-saving medication.

“We are beyond stoked to be in the home of true black metal,” said bassist Kevin ‘Trollsbane’ Whalen. “We are drawing so much inspiration from the land, the rich cultural history, and the publicly financed healthcare system. They don’t even have to crowdfund their medical bills here. Speaking of, both our drummer and guitarist have GoFundMes from their injuries when our van crashed a month ago, and they’re only $58,000 away from meeting their goal of not going bankrupt from medical bills. Anything helps.”

The quartet took full advantage of their time in Norway by meeting up with former Gorgoroth vocalist Gaahl for mentorship as well as hospital recommendations.

“Most of these young bands who come to visit me want to talk about the scene in the ‘90s, my past comments on church burnings, or that silly Vice documentary I agreed to do for some reason. But these guys clearly weren’t here for that,” said Gaahl. “They only wanted to know who my primary care provider was, if I had any dentists to recommend, and if we had something called ‘copays’ here. I even offered to jam with them and they said no. The American scene is becoming odd. My latest project Gaahls Wyrd is supposed to tour America next year and now I’m really worried about getting sick and losing my life savings to the for-profit healthcare system while I’m there.”

The increase in American black metal bands touring Norway is starting to take a toll on the country’s healthcare system.

“I’ve seen more bands from America come into my hospital than I can count these last few years,” said Norwegian doctor Olivia Olsen. “Sure, I get that this is where their audience is, but you can’t tell me that they’re only coming here for the music. Just the other day I saw this American musician with a severely broken foot, which he claims ‘just happened’ but that thing had definitely been broken for weeks. Coincidentally, their show in town was only announced mere hours before he came in.”

Shadows Over Mirkwood were so inspired by their stay that they announced they were changing the name of their upcoming LP from “Venom For All” to “Medicare For All.”