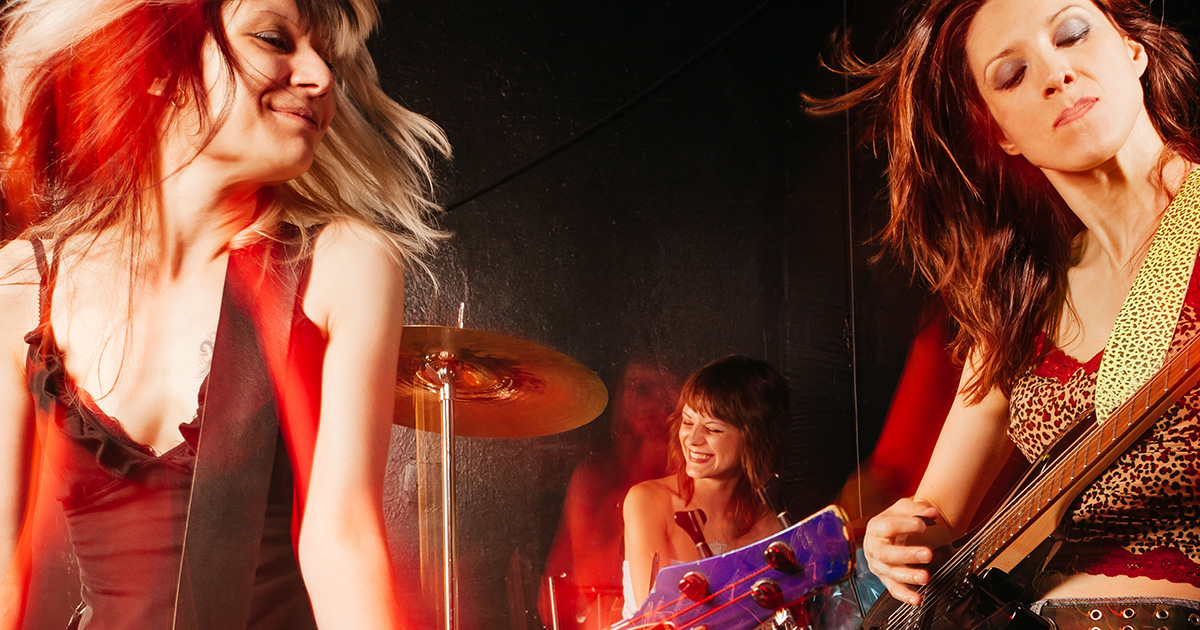 “Butcher Paper clearly doesn’t care about songwriting or punk values, otherwise they’d have at least one dude in the band. I’m not sure how they’re pulling off writing songs, but the whole thing is super suspicious,” stated punk label head Thomas Weinstadt, founder of Meatless/Heartless Records. “I’m always looking for new acts to sign, but when I read the first few lines of their bio I realized what I’m dealing with here: just a bunch of fake musicians co-opting punk in order to receive credible and frightening threats on their bodies, lives, and loved ones. It makes me sick when I really think about how evil some women can be.”

The men who sent believable and frightening messages said they were tired of being taken advantage of.

“Obviously, Butcher Paper is just kinda begging for it, which makes sending hateful messages a little less fun than usual,” explained Skyler Johansson, more commonly known as xIncelUprisingx online. “Here’s the fucked up thing — I personally don’t have much interest in the band at all, but you do what you gotta do. Every few days, I send them a Twitter DM about how if they don’t shut the fuck up, I’ll set their van on fire if they ever tour near Phoenix. I don’t even live near Phoenix. But they don’t know that.”

Members of Butcher Paper contended that they started the band solely to play music and express themselves.

“We had a feeling that we would encounter some misogyny, but Butcher Paper has only been around for nine months and we already receive way more intimidating messages and promises of harm than I expected,” admitted Butcher Paper bassist Ina Scott. “We’re not even signed to a label yet, and here we are with inboxes and DMs overflowing. I’m really starting to get imposter syndrome about the sheer number of threats. Did I really earn this? Am I really representing women well enough to deserve possible break-ins or attacks at shows? I just don’t know.”

Music critics reacted similarly to the band’s debut single “Woman Seeking Woman” as a blatant and desperate attempt to score some dick.