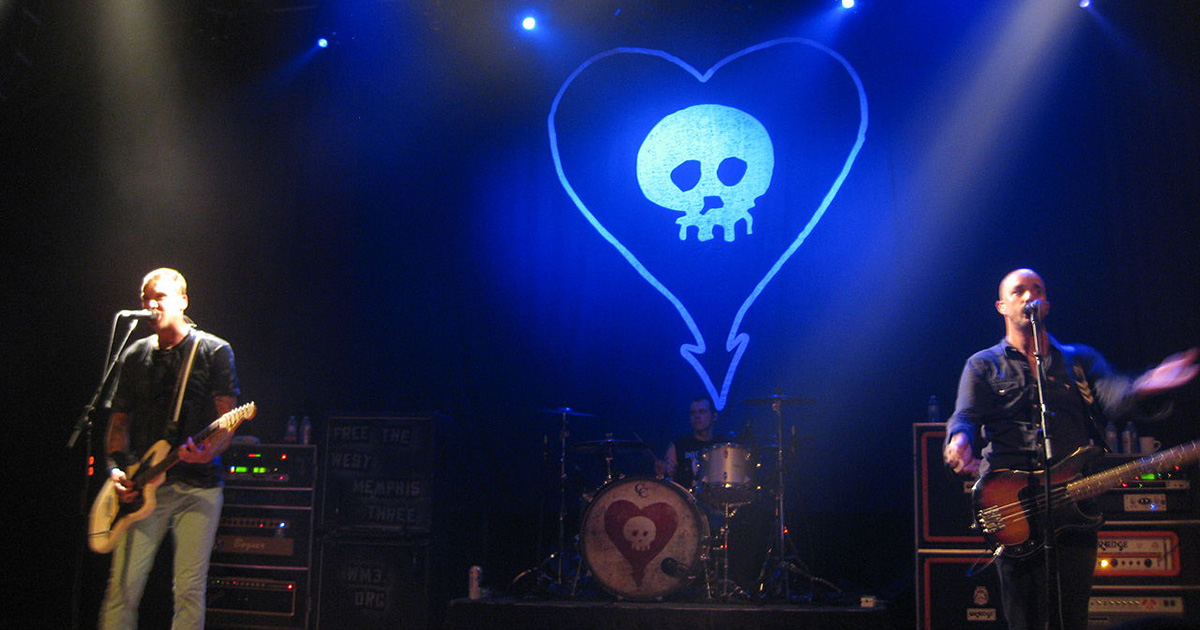 “We’ve put a lot of sweat, blood and tears into our music over the years, but that’s nothing compared to how much we’ve put into making sure every album title is up to the Trio pun standard,” explained guitarist and self- described “ghost master general” Matt Skiba. “We’ve already got some pretty good titles written up, like ‘I Urn For You’ and ‘Trick Gore Treat,’ but I’ve got a feeling our best titles are still to come. Oh! Like ‘Hexacution!’ Gotta remember to write that one down later.”

The album’s production staff are frustrated by the band’s insistence on focusing on a spooky pun at this point in the recording process.

“Why are they putting so much effort into this? The album has been finished for six months, but we’re still waiting on these dudes to come up with a fucking title,” bemoaned engineer Will Donner while reviewing the band’s latest list of potential names. “Most of these don’t even make sense: they’ve got stuff like ‘Department of Murder Vehicles,’ ‘Coffee and Cremation,’ or ‘No Shoes, No Shirt, No Funeral Service.’ There was one that just read, ‘What about a shoe store… but like, if it was scary.’ That’s not even a pun — it sounds like they came up with these while they were running errands.”

“I’ve been a fan of Alkaline Trio for years, but in my professional opinion, their album pun game has been on the downslide since they chose ‘Crimson’ over ‘Church and Destroy.’ Ever since, possibly groundbreaking puns like ‘Land of the Scream, Home of the Grave’ and ‘Seance It Ain’t So’ are just haunting reminders of what could have been. A good spooky pun is an essential element of every Alkaline Trio album — their recent lazy goofiness is exactly how we end up with bullshit like ‘Agony & Irony,’ goddammit!”

Alkaline Trio is also reportedly considering “Creeping with the Enemy,” “Ghoulf Course,” and “Please Sir, Can I Have Some Morgue.”