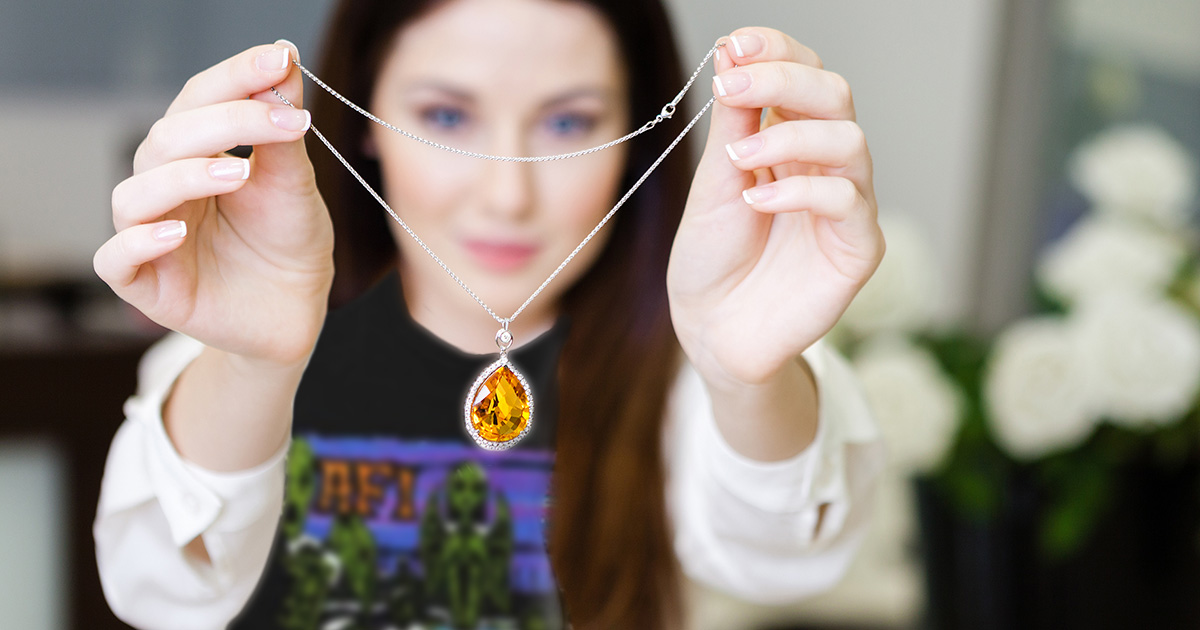 SAVANNAH, Ga. — AFI superfan Kristen Gallows spent her entire paycheck last night on amulets yet again, bankrupting herself for the week in a pattern fellow fans find all too familiar.

“Every week I tell myself I’m not going to make the same mistake,” explained Gallows, who works as a barista in a Wiccan bookstore. “But next thing I know, it’s two in the morning and I have an Etsy cart full of sorcerer’s amulets. And you know I’m paying that extra fee to get a custom engraving that says, ‘HAVOK.’”

Gallows has been an AFI fan since the release of their album “The Art of Drowning” in 2000, and reportedly spends much of her time attending shows, writing poems about winter, and being asked to “please put out that clove cigarette.”

“I have no idea where all her money goes,” stated Mary Anne Gallows, Kristen’s roommate and mother. “I don’t even make her pay rent. I had her download one of those apps that help you budget, but she couldn’t figure out how to use it because there was no section specifically for ‘gothic candelabras.’”

Though Gallows’ family is concerned by her inability to save money, many fellow AFI fans defended her purchases, arguing that these items present a spiritual value that more than justifies their material cost.

“Amulets ward off bad luck and offer protection to their owners,” said Aiden Morehead, an AFI fan who befriended Gallows on a message board. “It’s a lot more than just a necklace, you know? As we say in the AFI community, ‘Jewelry is for My Chemical Romance fans.’ Talismans or nothing! Fucking posers!”

“Trust me, I get it,” Havok explained while pulling on a pair of rubber gloves outside of an enormous Beverly Hills mansion. “It takes a tremendous amount of time and money to look the part this lifestyle requires. That’s why I come to this neighborhood every weekend and rifle through Jared Leto’s trash. Now, do me a favor and let me know if those house lights come on, okay?”