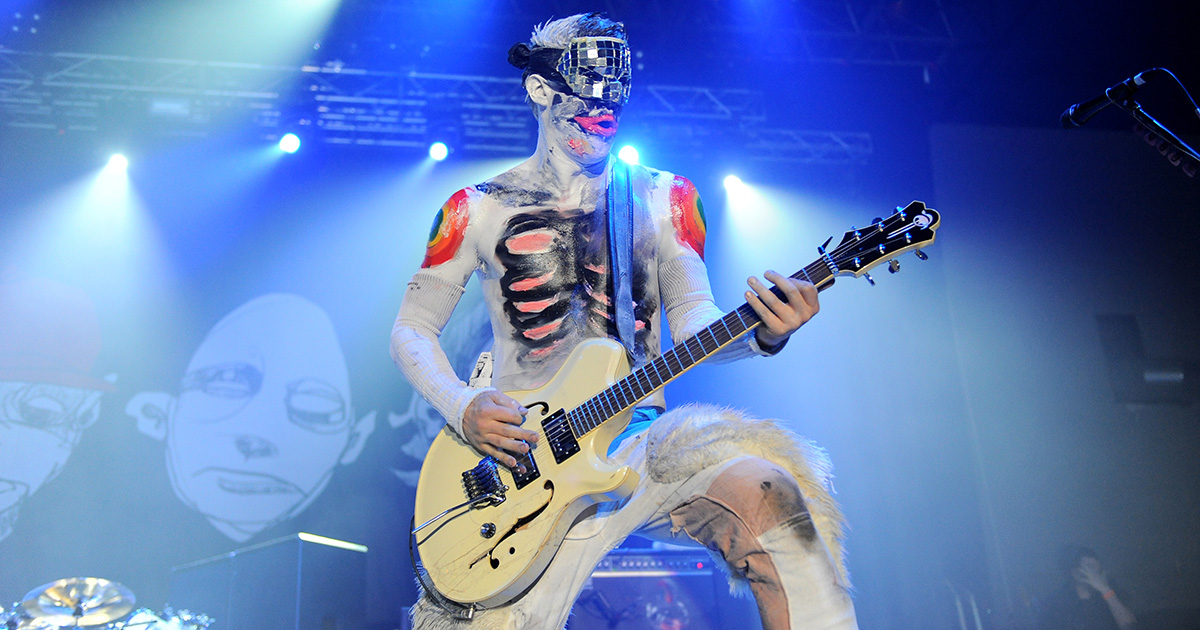 JACKSONVILLE, Fla. — Wes Borland, the assumed longtime guitarist of nü-metal band Limp Bizkit, was found to be a member of Mudvayne last week thanks to a genomic DNA test from 23andMe.

“So much of my identity comes from my place in this band — I know I was the only one who’d ever dress up like a weirdo and put on facepaint while everyone else just wore baggy shorts and hoodies, but I never thought anything of it. They always accepted me as one of their own,” said Borland upon seeing the results. “If I’m not ‘Wes Borland, guitarist of Limp Bizkit,’ then who am I? I might as well be some random guy named, like, Mark Smith or something. I feel like I wasted so many years of my life.”

“Am I actually just ‘Wes Borland of Big Dumb Face?’” added Borland. “I don’t think I like that.”

The results shocked other members of Limp Bizkit as well.

“Um, yeah… we’re pretty surprised by the announcement. It’s definitely, uh, news to us,” stammered vocalist Fred Durst while quickly looking around the room. “We were all absolutely sure he was a member of our band since its inception, and he definitely wasn’t secretly adopted or anything, so don’t ask.”

“Is it hot in here?” added Durst before coughing very loudly and pushing a manilla folder labelled “BORLAND” into a paper shredder.

For their part, the members of Mudvayne seemed excited by the news.

“I’m pumped to have a new guitar buddy!” said guitarist Greg Tribbet, showing off his bedroom in Mudvayne’s duplex. “See? I even turned my bed into a bunk bed, so he can sleep in my room! But I call dibs on the top bunk, and all the guitar solos.”

Following Borland’s revelation, musicians worldwide are allegedly seeking to verify the lineage of their bands. In fact, 23andMe representatives claim the company has received over 25 letters from Pantera bassist Rex Brown alone, asking if there is “any chance that Phil [Anselmo] is someone else’s problem.”