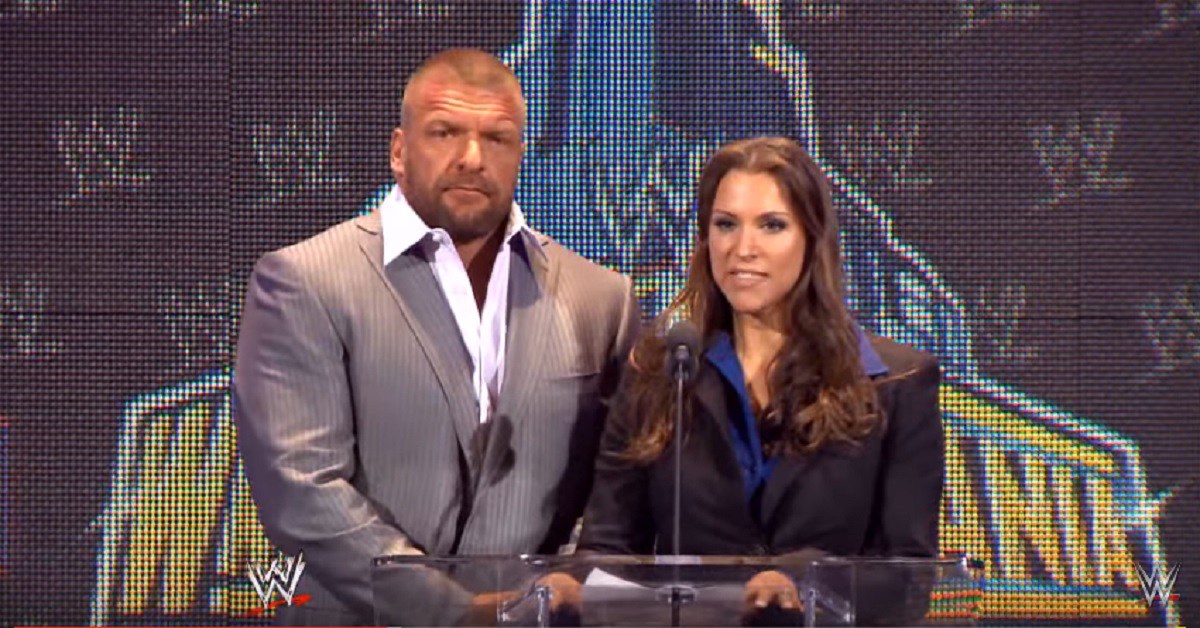 WWE CBO Stephanie McMahon and WWE COO Triple H announced the creation of a new championship at a press conference this week. The WWE Participation Championship symbolizes the WWE’s belief that every member of the roster is a Superstar and will be defended exclusively on Superstars.

“We took an honest look at locker room morale and had to face facts,” said McMahon. “A lot of the guys and girls are not happy. We had a few theories as to why, but we couldn’t overlook the obvious: – self-esteem matters. So we decided to ‘be a star’ and give the guys who have nothing to fight for something that matters a little more than nothing to fight for – The Participation Championship.”

Fresh off the announcement of the first ever WWE United Kingdom Championship tournament, the Participation Championship will be the 14th championship to be featured on WWE’s current programming .

The WWE power couple announced that the new championship would be awarded outright and without contest to Dolph Ziggler, who McMahon said: “will always be a winner to us.” Triple H then handed the championship belt to Ziggler before playfully messing up the Show-Off’s hair and adding, “Way to hustle, sport! You earned it.”

“This is the low point of my career,” Ziggler said backstage, “and I had a lengthy on- screen romance with Vickie Guerrero.”