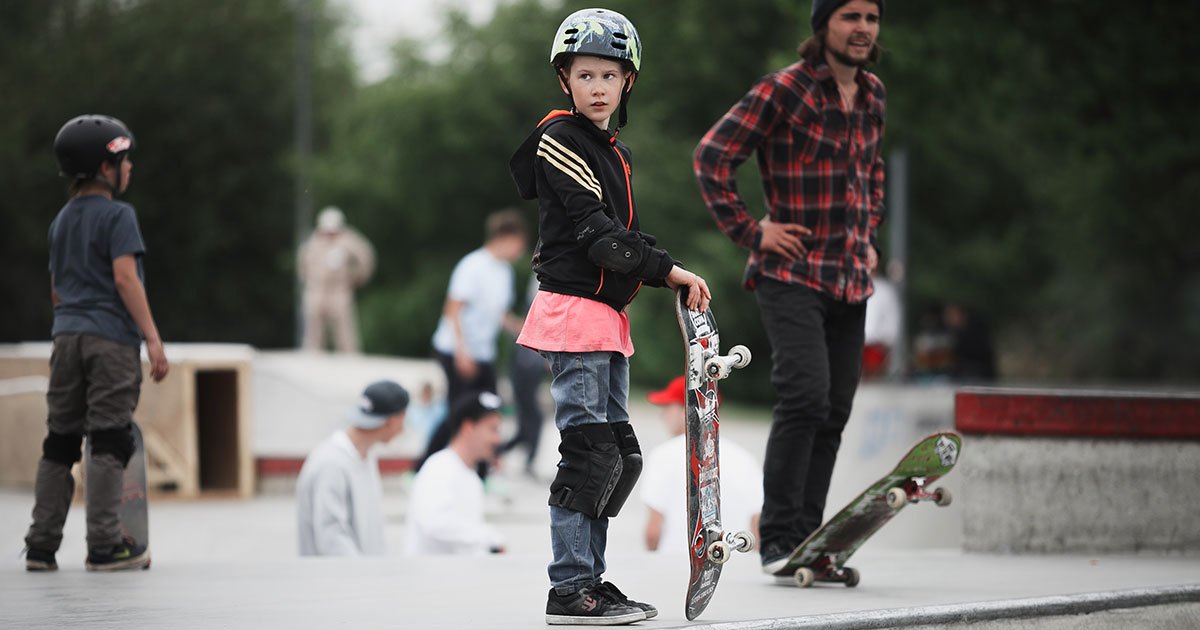 Edison, New Jersey resident and namby-pamby mama’s boy Jason Saltzman narrowly avoided death Saturday afternoon thanks to the wussy-ass dork-dome his mother ordered him to wear before leaving the house.

Despite the hilarious and completely justified tauntings of older and obviously much cooler kids, Saltzman kept his dumb and downright embarrassing helmet on while leaving the local skate park; which ultimately saved his life when he was struck by Donny Shipp’s older brother Adam’s totally sweet 2016 Corvette Stingray.

“Now I got a chipped headlight because of that little jerk-off. He better wear two helmets next time I see him,” said Shipp, a local legend who has reportedly had sex at least four times.

No stranger at the nearby skate park, Saltzman and his signature brain-bubble/douche-roof could often be seen approaching as far as several blocks away, thanks to the lily-livered local’s cranial protector/swollen chin-strapped dick-tip. According to older, less wimpy skateboarding enthusiasts, this is not the first time Saltzman’s life has been saved by protective headgear.

Eric Collins, a park regular, recalled Saltzman’s earlier attempt to impress everyone on the eight-foot half-pipe . “The helmet dweeb?” Collins recalled, “Yeah, last summer he ate shit and landed head first on the flat. That would probably would have busted his head wide open if it wasn’t for that humiliating hard-shelled Easter bonnet protecting his precious knowledge of Pokemon and fancy doilies.”

Sarah MacIntyre, a veteran paramedic who responded to the scene of the helmeted loser’s shameful display, was glad Saltzman wore a helmet.

“It’s a good thing that nubby ding-dong was breathing because I don’t think we could have fit his goofy-ass grapefruit-head in the back of the ambulance,” said MacIntyre.

Saltzman, who has attempted skating without a helmet under penalty of having his computer privileges revoked, has been caught at least once before by mother Shirley Saltzman, who spotted her yellow-bellied toolbox of a son trying to ditch his nerd-crown in an azalea bush at the end of the family’s cul-de-sac.

“That’s it!” announced an angered Mrs. Saltman, “He’ll have to wear his little sister’s rollerblade knee pads too if he ever wants to leave the house again.”