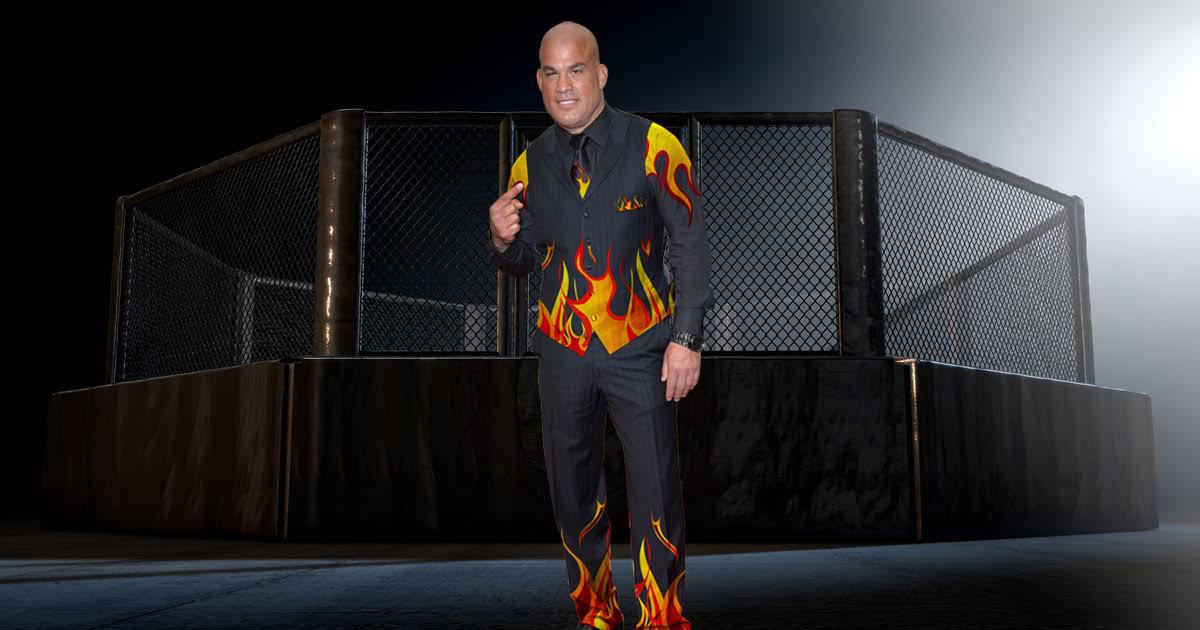 Sources close to the recently retired Tito Ortiz report that the father of three says he looks forward to spending his post-fight life with his children and creating more articles of clothing that depict fire.

“I wanted him to go out on top, and with a win like this, he did. He’s got a winner’s mindset, and if he channels that into Punishment Athletics, there’s gonna be flames on everything,” said longtime striking coach Jason Parillo. “When we were walking away, he looked at the gloves he left in the center of the cage and said to me ‘those gloves will be the last time I ever wear anything devoid of blazing imagery.’”

While stores have yet to see a catalog, the footwear department of Punishment Athletics Apparel Division have shown off some of his newest gear on social media.

“Check our Instagram account to see some of the most badass sandals decorated in flickering embers on the strap with hot coals along the lateral arch,” said designer Gary Sealey. “Tito is always pushing us to find more spots for flames. One day, he was looking at a photo of himself at Muscle Beach and said ‘I should have had some dope ass fire stuff on those flip flops!’ – so now he will.”

Frank Wasten Jr, the clothing coach to the 2012 UFC Hall of Famer, took to social media to announce that Ortiz will produce a line of children’s clothing as well.

“Tito wants Punishment Athletics to embody the style he would have worn in his youth, had flame print technology been available to him,” said Wasten via the brand’s official Facebook page. “Our goal is to make every closet in America look like an inferno. #MAGA.”

In a media conference call with leading retailers, Ortiz said he is looking forward to the challenge ahead as his Punishment Athletics clothing company transitions into the untapped children’s fight apparel market.

“Flames look cool. So when I had kids, I put flames on their clothes,” said Ortiz while covered head to toe in flame graphics. “Flame mittens. Flame footy pajamas. Sick stuff with flames on it that wouldn’t look as sick without flames on it. Plain old regular bib? Fuck that – flame bib.”