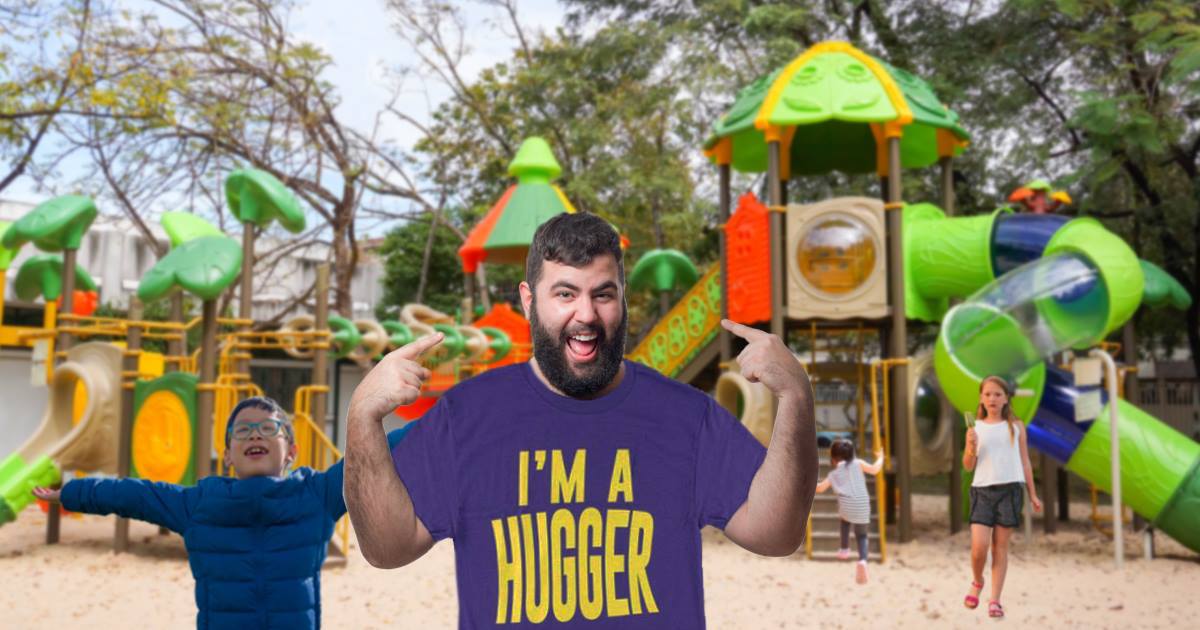 A full-grown adult man wearing a tee-shirt with the words “I’m a Hugger” printed prominently across the chest and stomach was recently asked by authorities to vacate a public playground.

The man, identified as Chris Jordan, tried to explain to the police that his shirt meant he was a huge fan of WWE Superstar Bayley, but his pleas fell on deaf ears.

“I’m so sick of having to defend this shirt every time I go out,” said Jordan of his size 3XL purple tee-shirt. “I wish people cared more that Bayley and the rest of the Four Horsewomen changed the wrestling business forever. Without what Bayley and Sasha did at NXT Takeover Brooklyn, there’s no Divas Revolution, and there’s certainly no Women’s Championship on Raw and Smackdown.”

Local parents at the park were clear in expressing that they did not care about Bayley’s impact on women’s wrestling.

“I don’t know who exactly this Bayley woman is, but the fact that this guy talks about her so much is almost as alarming as that shirt,” said Jessica Shortland, mother to a 5-year-old girl who frequents the park. “The fact of the matter is that there is a man with a full beard wearing a shirt that says something about hugs, and I don’t feel comfortable with him around my child.”

Despite numerous attempts by local community members to explain the inappropriateness of the shirt to Jordan, he continues to fail to grasp the issue, wearing the shirt and watching the WWE Network on his phone at the park daily.

“No, I won’t hear any of that,” said an agitated Jordan, “Bayley is being so misused on Raw right now, I’m going to show my support anyway I can. And if Bayley reads this, I want to say to her: Hey Bayley, who ha, I wanna know- will you be my girl?”

Jordan did find one person in the park who understood his admiration for Bayley, 8-year-old Maggie Thompson.

“I love Bayley, I want to be Bayley when I grow up,” said Thompson, “but even I wouldn’t wear one of those creepy hugger shirts.”