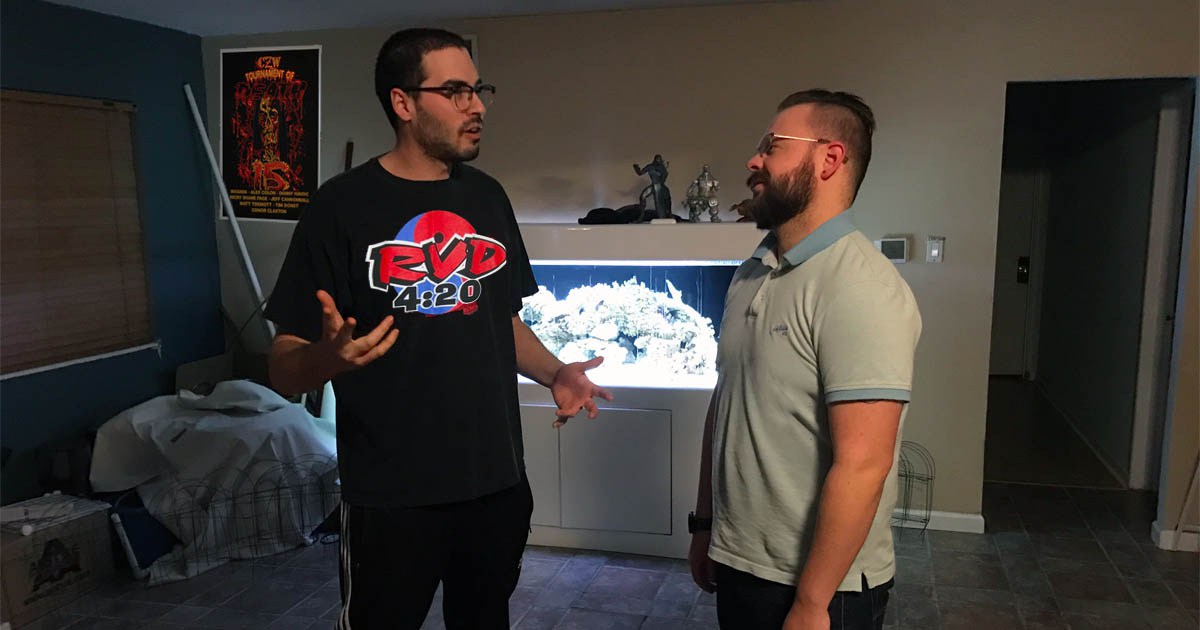 Casual wrestling fan Brian Rogers was reportedly trapped in a conversation with a guy who reviews CZW shows on Youtube at a friend’s party this weekend. The Youtube Reviewer, Kevin Millsap or CZWXTREME69 on Youtube, trapped Rogers in a conversation after Rogers complemented his Rob Van Dam shirt.

“I just said I liked his RVD shirt. And the next thing I know, this guy is talking about some crazy shit he called King of The Death Match and some dude named Jon Moxley wrestling Abdullah the Butcher. I was just trying to be friendly by complimenting his shirt, not get trapped into talking about wrestling with him for the rest of the party.”

When Rogers brought up one of his few memories of RVD as a wrestler, the frenetic energy of Millsap only increased as he launched into a spiral of obscure trivia that Rogers could not follow.

“This guy is talking about some neutered, watered down match on RAW between RVD and Eddie – like that’s anything worth watching,” Millsap said. “So I decided I’d educate him on the real deal. I told him to track down RVD vs.Jerry Lynn from Hardcore Heaven 99 if he wanted to see what RVD was like before HHH buried him. Of course, the little mark probably didn’t watch it.”

Rogers finally made it out of the conversation when he mentioned John Cena in passing.

“He was going on about Jeff Cannonball becoming the top babyface in CZW this year. I don’t know what ‘top babyface’ means, so I asked if that was like John Cena and his eyes kinda glazed over. Then turned his back on me and frozen there,” said an exhausted Rogers. “It was like someone flipped a switch in his brain. But an out is an out, so I disappeared to go grab another beer. I was hoping to meet some chicks tonight, not talk for an hour about the differences between Danzig and some guy called D.J. Hyde. I didn’t even know Danzig was involved with wrestling.”

When Millsap came to, it was in a fit of rage swearing about how John Cena couldn’t wrestle that eventually saw him ejected from the party.