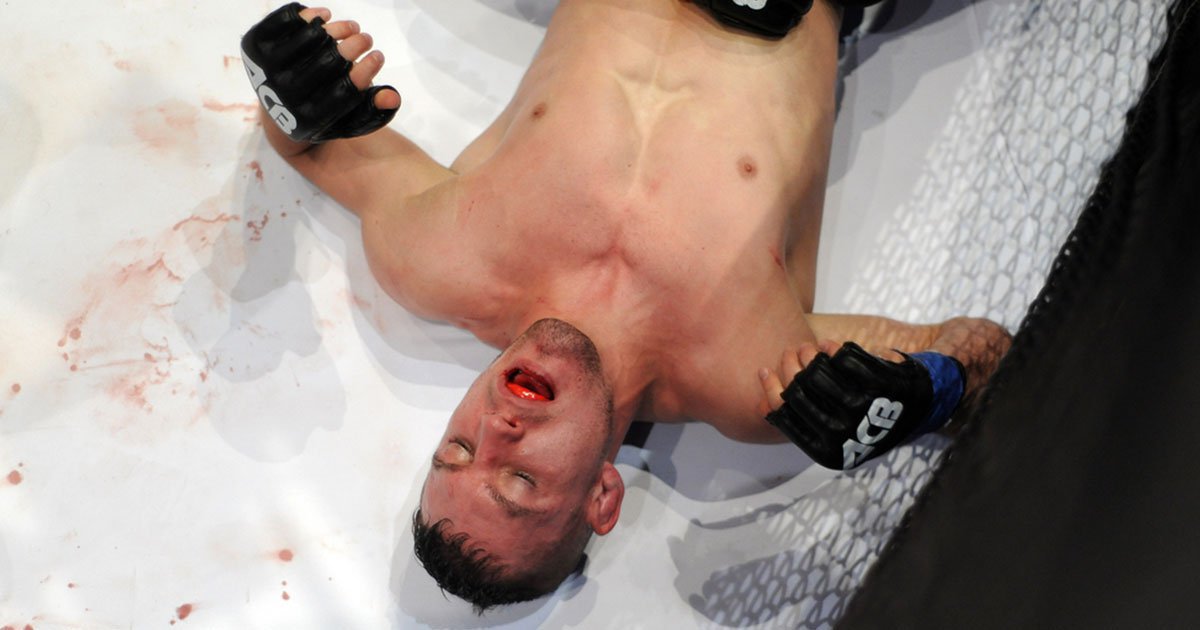 Brazilian Jiu-Jitsu ace Donovan Pelletier showed off an uncanny ability to get knocked completely unconscious in his MMA debut after failing to drag the fight to the mat at a recent Cage Kings event in St. Louis.

“I was very excited to see what Donovan could do in the cage. I have been following his BJJ career for years, and I knew he had what it takes to get his head knocked off while shooting in for a lazy single leg takedown,” said cageside fan Jeremy Worrick. “He showed off a high level of stand up incompetence that is tough to match.”

Pelletier, a highly decorated grappler, was confident his skills would translate to MMA before heading into the fight.

“I want to test myself in all areas. For the past eight weeks I have been working really hard on my stand up, and my coaches are excited by my progress, so I know I have the advantage wherever the fight takes place,” said Pelletier before clumsily hitting a heavy bag at an open workout. “I know my opponent is a four-time Muay Thai world champion, but this isn’t kickboxing and he is going to get worked.”

Shortly after the opening bell, Pelletier and his opponent Benny Nguyen met in the center of the cage. After a brief feeling out period, Pelletier shot for a takedown and was immediately met with a crushing knee to the side of the head; the fight was waved off after a series of unnecessary follow-up hammer fists just 58 seconds into the first round.

Coaches at Pelletier’s gym remained optimistic about their fighter’s progression despite the brutal finish.

“Before Donovan got rocked he looked great. He flicked his jab out there once and didn’t even close his eyes when the other guy threw a couple of counter punches. Also, his footwork looked great when they touched gloves, lots of potential there,” said head coach Luke Boeholt. “We are going to go back to the drawing board and work on his getting kneed in the head defense, and maybe teach him some leg kicks.”

As of press time, Pelletier was being admitted to a nearby hospital where he is expected to receive upwards of 50 stitches.