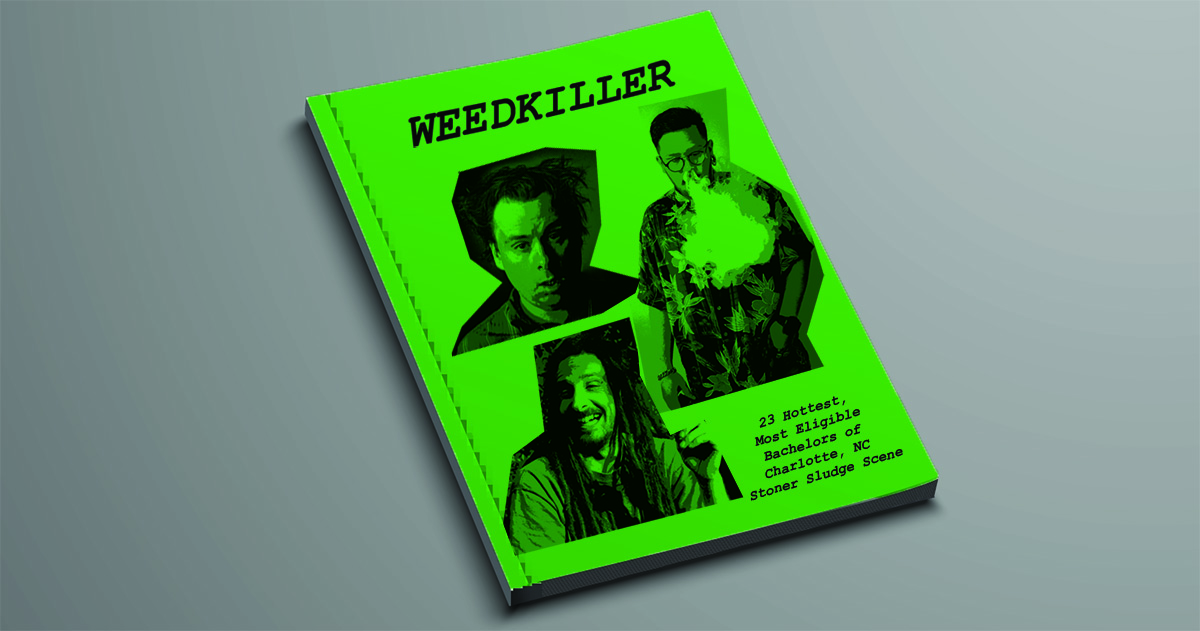 CHARLOTTE, N.C. — Local zine Weedkiller published their annual list this morning of the hunkiest, most eligible bachelors of Charlotte’s extremely niche stoner sludge scene, setting off a wave of controversy and self-conscious introspection.

“As Charlotte’s first, only, and likely only ever zine covering the local stoner sludge scene, I know what my fans want to see,” said zine editor, writer, graphic designer, and, in the past, only reader, Maria Segura. “And that’s saucy, sexy pinup photos of hairy, portly white dudes doing bong rips and shredding on guitar.”

Segura admitted she struggled to determine the final rankings of the 23 stoner sludge beefcakes.

“The scene is centered around a subgenre of a subgenre, in a town not known for metal… so I didn’t have much to choose from,” she explained. “I had to supplement the stoner/sludge list of musicians with a few sludge/metal and stoner/doom musicians. I really hope no one notices.”

Unsurprisingly, the list has been very divisive within the scene — particularly among the sexy bachelors.

Indeed, while some were upset by the rankings altogether, others took issue with where they ultimately ranked among the stoner sludge hunks and hotties.

“Seriously? I’m only 21? And Greg freaking Fetterman is #1?” said eligible bachelor and GREENPIECE guitarist Jimmy J. Hathaway. “We’re both long-haired, bearded white guys that exclusively wear flannel. In fact, that could describe anyone on the list!”

“I know Fetterman,” Hathaway added, “and this ranking is totally gonna go to his head.”

“I just think there should be more women in the scene because it’s 2019. That’s all,” said Fetterman.