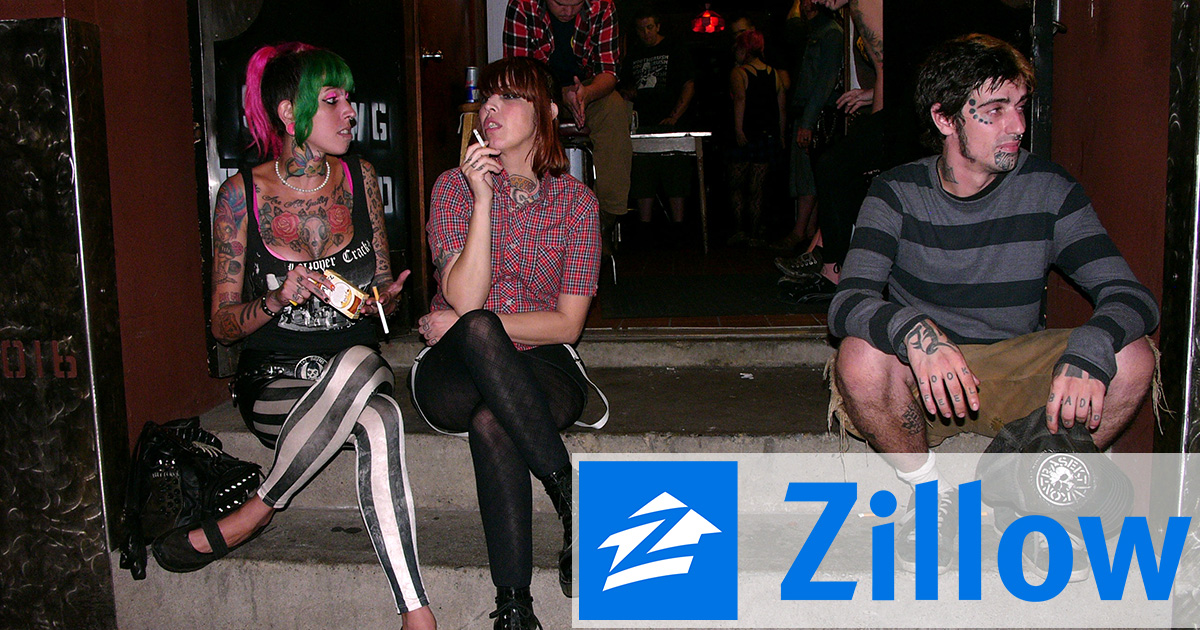 “Our new settings will save punks the stress of doing complicated math on greasy pizza boxes at the end of every month by individually texting each co-owner what their share of the mortgage is, when it’s due, and how to pay it,” said VP of Marketing and Analytics Jessica Paczynski. “We’re trying to make homeownership a possibility for everyone — especially highly temperamental artists and creative types with a tendency to implode every time they experience interpersonal conflict.”

A notable spike in 5-star ratings of the Zillow app on Google Play, the App Store, Pitchfork, and LambGoat proves that the scene is satisfied with the new features.

“This app has revolutionized cohabitating in my late 20s. I’m really starting to feel the pride that comes with 1/6th homeownership,” remarked solo artist, bartender, and co-owner of 5931 Primrose Ave. Scott Huffman. “The convenience of Zillow’s app helped me invest in an asset that will grow my portfolio until I split the equity five ways and we all decide to move to another city and start over. In the meantime, it’s fun pretending we’ll do anything other than depreciate the overall value of the home.”

Local real estate agent Vicki Ziegler believes that both the underground scene and mainstream real estate professionals will benefit from the update.

“This setting has made my job so much easier, because it also shows punk house hunters which properties have decent basements for throwing shows and closets or dining rooms that could reasonably be turned into bedrooms,” Ziegler said while stuffing her card into used vinyl at Sonic Boom Records. “I’m sick of trying to guess whether or not your buddy Zeke from Phoenix can live in the pantry before we do a walkthrough. That said, punks will literally buy any home in any condition in any neighborhood. The commissions aren’t great, but they’re reliable, ya know?”

Other changes introduced with the app’s update include scripts to read when you call your stepdad to borrow money, and tips on how to paint your walls black without drawing the eye away from your Misfits tapestry.