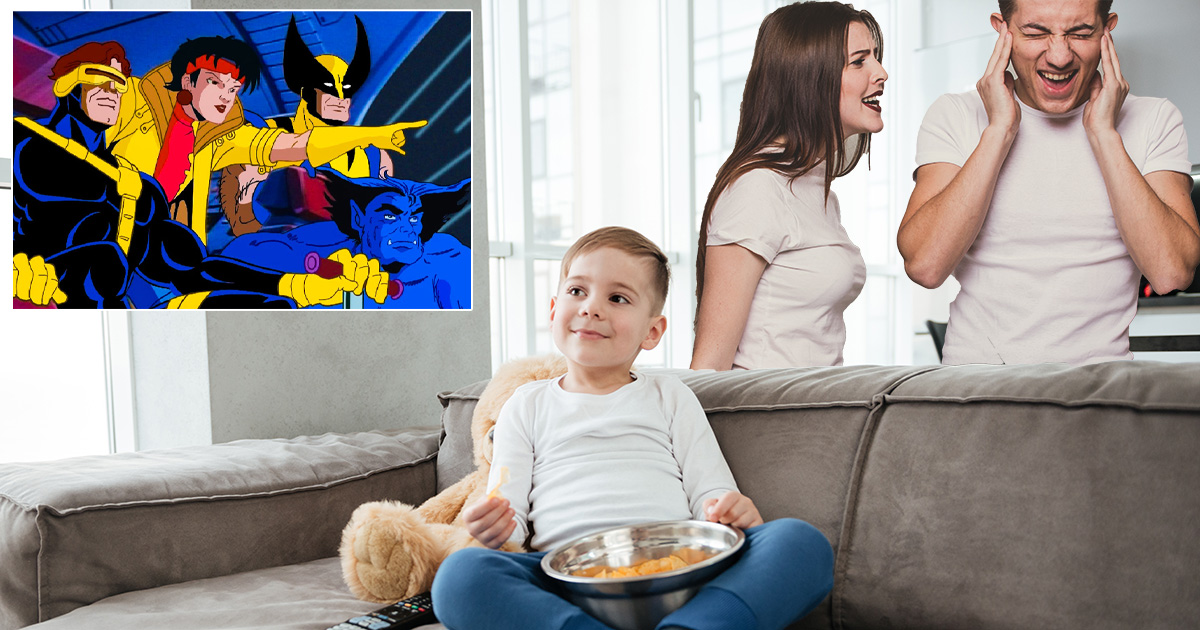 CAMBRIDGE, Mass. — A new report from The Institute of Nostalgia Studies found evidence that the classic ‘90s “X-Men” animated series doesn’t have the same entertainment impact without one’s parents fighting in the background.

“I thought the screaming was part of the show,” admitted fan Tina Ducompe. “It wasn’t until I rewatched it that I realized how absurd it would be for Wolverine to be screaming my mom’s name and constantly saying, ‘I’ll kill myself if you fucking divorce me, I swear to god I’ll fucking kill myself in front of you.’ I guess that makes it a more emotionally healthy show, but it just hits different now. I expected it to remind me of a simpler time when I didn’t have bills, knee pain, or an acute awareness that the U.S. is a global supervillain, but I just can’t get in that mindset without a lamp breaking or door slamming. Maybe I can get my parents to fight over the phone and record it.”

The Institute of Nostalgia Studies released their results following multiple complaints by viewers that the show wasn’t as good as they remembered.

“This may be the saddest project I’ve ever worked on, and I studied cancer in baby dolphins when I was at the Harvard Medical School,” explained lead researcher Dr. Winton Tallow. “Many of today’s adults were raised by TV since their parents were busy beating the shit out of each other in the other room. Ironically, reintroduction of that traumatic stimuli has the opposite effect from what you’d expect; it puts the subject at ease. Multiple test subjects asked me to give myself a bloody nose and yank them out of the room while scream-crying, ‘We are going to Gam Gam’s, don’t look back.’ It broke me when one test subject asked me to throw a dog against the wall during the theme song.”

Additionally, media distributors are keen to capitalize on this new revelation.

“We’ll throw the fights in somehow,” gushed Disney CEO Bob Chapek. “I’ll hire a bunch of hungry actors to get plastered and do some voice over, act like they’re fighting, and we’ll put it in like audio commentary. Hell, I’ll get them to record every known name, and we’ll customize the audio for our Disney+ subscribers. Maybe we’ll offer a premium subscription where we’ll hire actors to show up at your house and fight in a nearby room. You see trauma, I see dollar signs babaaaaay.”

At press time, media executives were trying to simulate a breakup for the bonus features of “Tremors.”