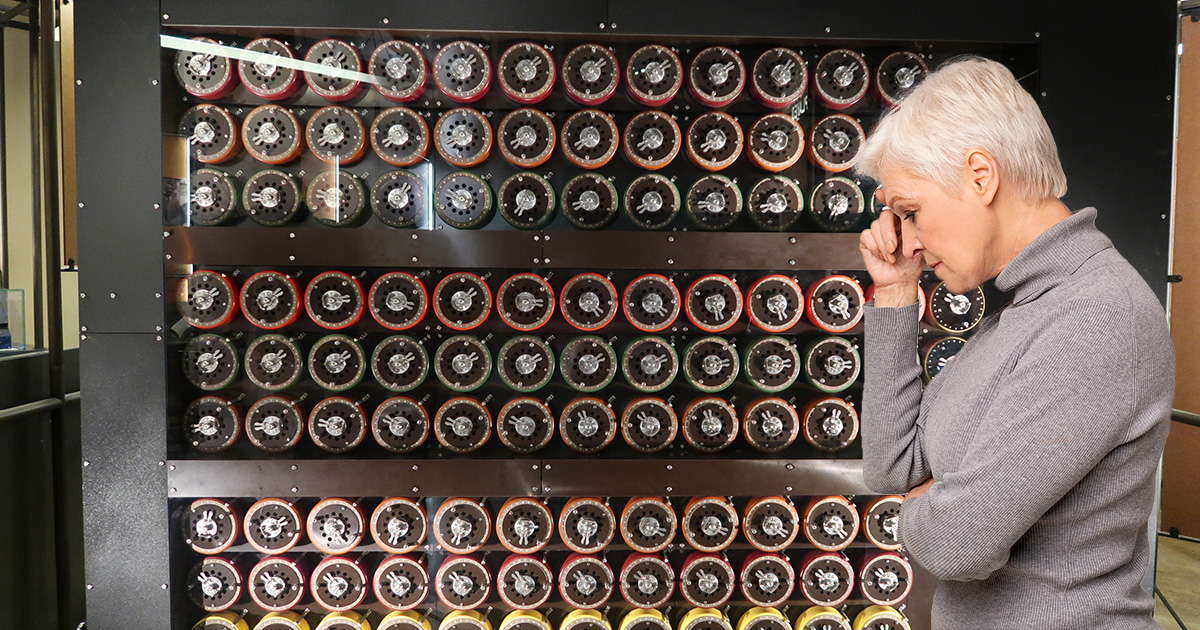 “My 98-year-old Mom-mom was a codebreaker for the Navy. She’s an amazing woman, and if anyone could figure out what the hell Stephen Malkmus meant when he said, ‘The concourse is four-wheeled shame,’ or, ‘Send in the romance of people with their dreadlocks,’ it’s the woman who helped send over a dozen U-boats to the bottom of the Atlantic,” said Roche. “Now I just have to decide if I start her off with something good like ‘Crooked Rain, Crooked Rain’ or just rip off the Band-Aid and launch right into ‘Brighten the Corners.’”

Although usually incredibly patient, Schuler admitted that with this request, she wished her grandson would “just shut his claptrap, already.”

“Darin is a sweet boy — a sweet, stupid, misguided boy with shit taste in music,” explained Schuler. “He made me listen to hours and hours of poorly recorded drums and noisy guitars. And that singing, if you can even call it singing! I’ve lived a long life full of amazing experiences: first woman in my family to graduate from college, served in World War 2… hell, I even slow danced with Van Johnson once. And this is what he chose to ask me about — if I can explain ‘Heaven is a Truck’ to him?”

“Most think there’s either a deep meaning or it’s simply cryptic nonsense. I usually just avoid the topic altogether, because the truth is so much worse,” said Malkmus. “Back then I was a big believer that imperial Japan would again rise up and conquer our Yankee oppressors; my lyrics were coded messages of support to my ‘IJA’ brothers and sisters. What can I say? Everybody believed some pretty crazy stuff in their 20s, right?”

Roche is reportedly planning on coming home for Easter a few days early so he and his Mom-mom can run through the entire discography of Neutral Milk Hotel.