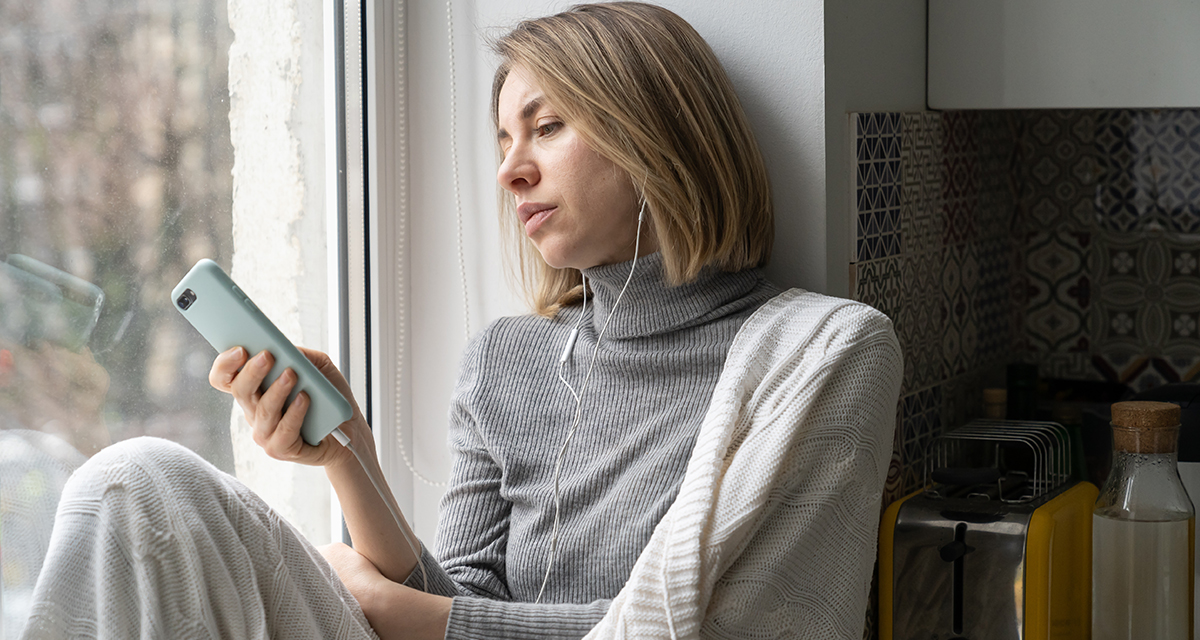 MILWAUKEE — Local music listener and person with periods Megan Blake prefers to use her Spotify listening history to track her menstrual cycle rather than apps designed specifically for that purpose, sources close to Blake confirmed.

“I figured it out a few months ago when I was on my period, crying and eating nachos while listening to Elliot Smith, and realized it reminded me of a few weeks before when I cried and ate loaded hash browns while listening to Cat Power,” said Blake. “I checked my listening history and saw that the two incidents had been exactly 28 days apart. My heart racing, I went back 28 more days and saw ‘Wrong Town’ by Tony Molina 46 times in a row. The implications were clear. Now the second I reach for my loose bra and even think about listening to say, Mitski, I take a preventative Ibuprofen and an iron supplement.”

Representatives from Spotify are excited about the profit potential of listening-history-based period prediction.

“Having the data on our customer’s cycles means when they’re PMSing we can target them with ads for stretchy pants, chocolate, loose dowel rods for DIY projects around the home, I could go on and on,” said horny-sounding Spotify Marketing Director Liz Armstrong. “We’ve already started experimenting with cannabis-infused Epsom salt ads for people listening to a lot of Sade, and commercials for Doritos and Doritos-related products sold in and outside of Taco Bells in their area.”

Blake’s family is proud and hopes her discovery will be used for good rather than corporate profit, like the time she was able to warn her older sister that she might be perimenopausal when her listening history was taken over by soft rock.

Those close to Blake swear by her listening history method, which has been used to diagnose everything from pre-pre-PMS hormonal rage to perimenopausal soft rock-induced brain fog.

“I’d always listened to grunge, but out of nowhere, it was Christopher Cross, Gerry Rafferty, and Boz Scaggs. I didn’t even know who Boz Scaggs was before I was suddenly, inexplicably drawn to him,” said Blake’s sister Lindsay. “When Megan looked through my play history she told me to make an appointment with my gynecologist immediately. They told me OB/GYNs have a saying: ‘When the history says Scaggs, the egg count lags.’ I wanna say I’ll remember that for next time, but I’ll probably just blame it on everyone else being a fucking idiot like I have every month for the last 29 years.”

Blake said she has no plans to return to using more formal period tracker apps and is currently investigating a possible connection between her Sims playing and her seasonal depression.