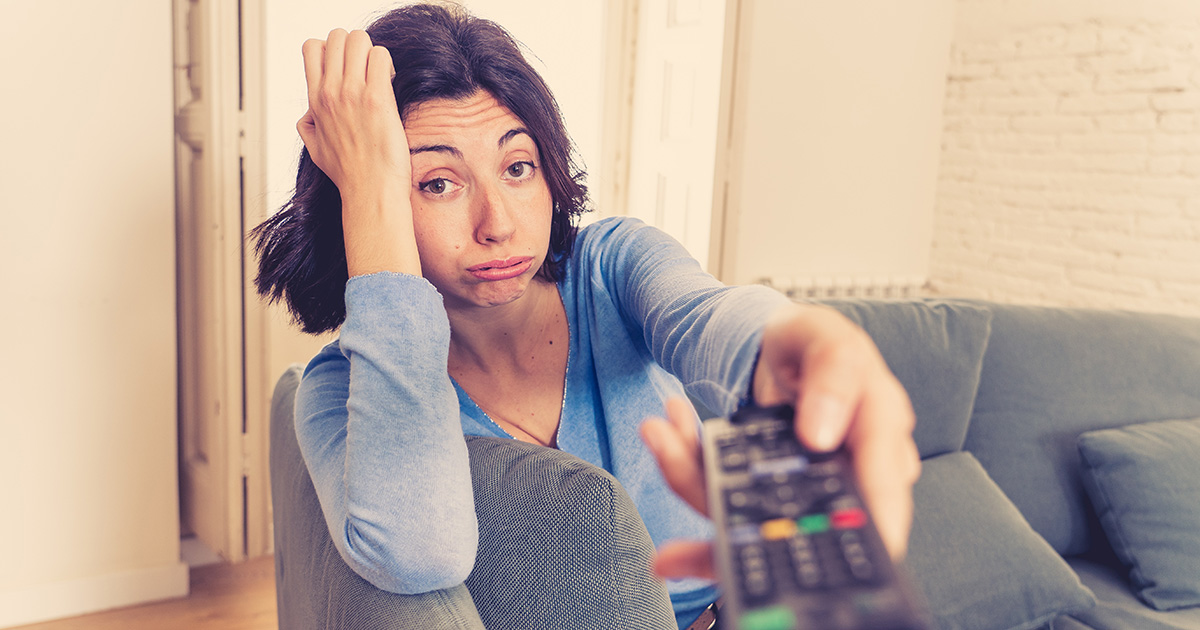 “Well, my coworker told me about ‘Love Island’ being super watchable, glorious trash. And after the first five or six episodes, I couldn’t disagree more. I found it repulsive and sad,” said Stabley during a 90-second Hulu ad break. “But even still, I couldn’t, and wouldn’t, stop watching. The shamelessness, the lewd humor, and frankly, the accents. Can’t understand a fucking word. Fascinating.”

“Oh, yeah, the trash TV numbers are way, way up. We have a wide selection of award-winning shows and Oscar-winning movies, but we’ve seen a huge spike in people watching things like ‘Real Housewives,’ ‘Total Divas,’ and ‘Hoarders,’” said James. “People eat junk food when they’re sad, y’know? What can I say — people love garbage.”

Jennifer Thiel, Stabley’s coworker who originally recommended the show, has mixed feelings about the situation.

“Jess is constantly complaining about how bad the show is, but I don’t know how you can watch that many episodes of something without liking it at least a little,” said Thiel. “I keep telling her other things to watch, like Oscar winners that she hasn’t seen yet. But she just keeps watching ‘Love Island.’ She even watches the recap episodes. I’m getting kinda worried.”

Stabley admitted that the effects of watching approximately 85 hours of reality television are beginning to make themselves evident.

“My brain is turning into mush. And I’m starting to talk like the people on the show. I’m saying things like ‘fit bird’ or telling my friend that a guy ‘pied her off,’” said Stabley. “So I’m gonna try to work on my backlog of stuff I’ve been meaning to watch for a while — maybe something that’s a bit more stimulating.”

At press time, Stabley was attempting to watch “Parasite,” but gave up after five minutes and switched to the Australian edition of “Love Island.”